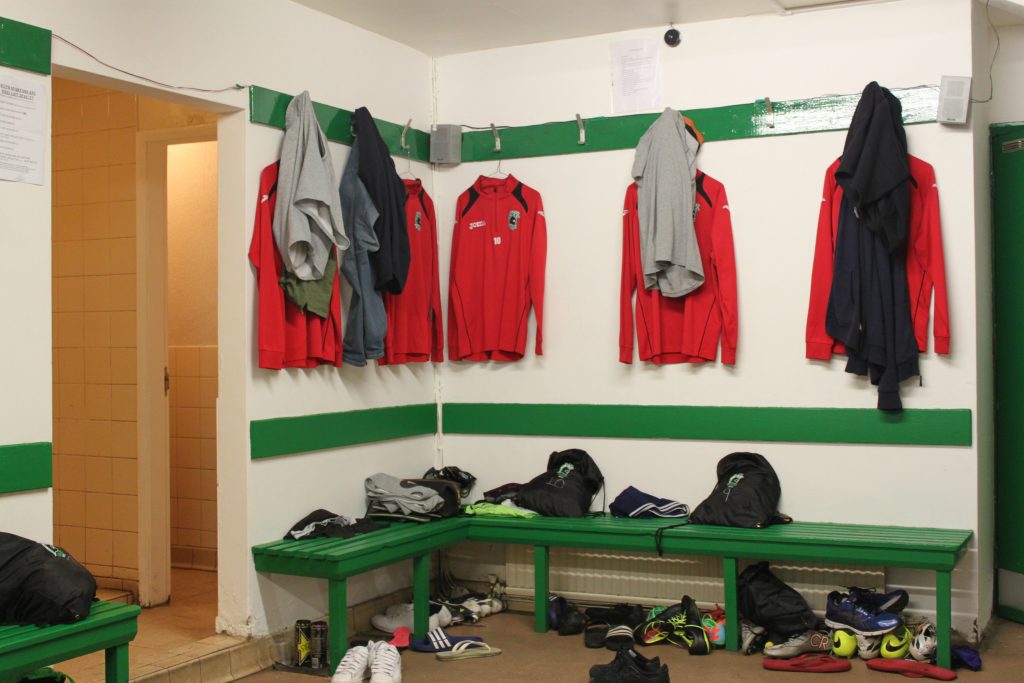 A clinical Morpeth Town put Spartans to the sword in the Emirates FA Cup – as the FA Vase holders eventually claimed the tie late on, despite a second half fightback from the hosts.

A brace from Michael Chilton and Luke Carr’s curled effort saw Morpeth go in three goals to the good at half-time, before Daniel Maguire’s header gave the Croft Park support some hope in the 52nd minute.

An own goal from Chris Swailes saw Spartans get to within one goal of a replay, but substitute Liam Henderson struck in the last minute to seal another Emirates FA Cup upset for the Northern League side this season.

All of the build-up had focused on a fierce local derby and Morpeth – who had seen off Colwyn Bay 4-2 in the last round – had appeared to live up to the billing within the first 60 seconds of the game.

Sean Reid was clattered late by namesake Chris Reid with a late challenge on halfway. However, appearing hesitant to turn the contest into a card-fest straight from the off, referee Elliott Heward opted instead to have a word with the defender.

If the game was to turn into a slug-fest, then it was Morpeth who delivered the opening blow – as they opened the scoring in the eight minute.

Former Spartan Ben Sayer played a short one-two from a corner, before firing in a speculative low cross into the Blyth box. The ball bobbled between a crowd of bodies, before falling perfectly for Chilton to tap it into an empty net.

If Blyth had been caught cold by their Northern League opponents, then it got worse for the Evo-Stik Premier League leaders just one minute later – as Chilton scored an easy second.

Picked out with ease by a ball from the right when free in the box, Chilton was able to chest the ball down and dink the ball over a helpless Adam McHugh.

An eventful opening spell for Morpeth’s number ten was completed when he hacked down Stephen Turnbull late and Chilton received the first yellow card of the afternoon.

After being presented with the Port of Blyth Player of the Month award for August before the match, S Reid was desperate to drag his side back into the tie in any way he could. Reid shot from distance after a mazy run from midfield, but his shot could only trickle to Karl Dryden.

Things then threatened to go from bad to worse for the hosts after 15 minutes, when McHugh was adjudged to have handled the ball outside his area. Keith Graydon stepped up to drill a low free-kick at goal, but McHugh atoned for his earlier error and got down well to hold it.

If that was a warning shot, then Spartans didn’t listen – as Morpeth raced up to score their third just two minutes later.

Paul Robinson – who joined Town from Blyth during the summer – produced a fantastic run through his old club’s midfield, before laying the ball off to Carr on the right. The right-winger had no difficulty in picking his spot and curled the ball into the top corner – giving McHugh no chance.

S Reid was still toiling away up the other end, but his efforts remained unrewarded. He nipped in front of his marker to meet Matty Pattison’s cross at the near post, but couldn’t keep his header on target.

Daniel Maguire was next to try and claw Spartans back into the game, when he was found by Chris Bell’s cross from the right. “Nipa” tried to score with a header, but the ball looped up into the air and fell kindly for Dryden to gather.

While Morpeth had made the most of their chances so far, it was fair to say that Blyth weren’t – as S Reid went closest once again just before the half-hour mark.

Great play from Pattison saw him embarrass two Morpeth defenders on the left, before cutting the ball back to Maguire in the box. His shot was blocked straight into the path of S Reid, who – try as he might – was inches from finding the top corner with the rebound.

Pattison then tried to play in Michael Richardson – making a start in place of injured captain Robert Dale – seven minutes before the break, but the make-shift left-winger got the ball caught up between his feet and the chance was gone.

Not content with their 3-0 lead, Morpeth tried again to penetrate the Spartans’ goal. Sayers – once of Blyth – cut inside Matthew Wade and fired from the edge of the box, but couldn’t keep his strike on target.

Blyth ended a disastrous first half with yet more disappointment in added time, when Pattison latched onto the ball following some head tennis from both sides. The former South African international shot from long range, but it was high and wide of the visitor’s net.

Tom Wade was obviously unhappy with what he’d seen in the first 45 and responded by making two substitutions for the start of the second half. Alex Nicholson replaced Bell, while Wade made way for Luke Armstrong.

The changes soon paid their dividends – as a more attacking Spartans side eventually reduced the deficit within seven minutes of the restart.

Both Ryan Hutchinson and Richardson had shots blocked from Turnbull’s corner, but “Twinny” was able to swing the ball back in and find the head of Maguire – who leapt higher than the Morpeth defence to nod in a lifeline for Blyth.

Morpeth’s Sayer opted to shot from a free-kick a minute later, but his effort was straight down the throat of McHugh.

Blyth were turning up the tempo and went close to claiming a second goal just before the hour mark. Pattison’s corner was whipped into S Reid at the far post, but his headed down effort never troubled Dryden.

It had been a while since Morpeth had looked dangerous on the break but, when they raced up the pitch in the 61st minute, it took for an excellent stop from McHugh to stop them from restoring a three-goal lead.

Sayer played in Chilton for the chance of his hat-trick and the forward edged into the box with the ball. McHugh advanced out of his goal to make himself bigger and saved at the striker’s feet, before eventually gathering the ball from Michael Liddle’s lofted clearance into the air.

Swailes then appeared to foul Maguire in the Morpeth box, but Heward opted not to award a penalty. The former Spartans centre-back was clearly incensed with Maguire and struck the forward on the back of the head to signal his frustration, but the referee missed it.

Another penalty claim fell on deaf ears when Nicholson went down in the area, but Blyth’s frustration at that decision soon disappeared when they clawed another goal back mere seconds later.

The ball rolled out to Armstrong on the right, who blasted a low hard cross back in. The cross hit a helpless Swailes – who was facing his own goal – and he could only watch as it rebounded off him and into the net.

If Spartans were riding their luck with that second goal, then there was definitely someone looking down on them four minutes later.

Following a mix-up at the back, substitute Liam Anderson charged down McHugh’s clearance in a hauntingly similar incident to Ashton United’s equaliser earlier this season. Luckily, that’s where the similarities ended – as the ball rolled harmlessly across the front of goal and out for a goal kick.

Zak Atkinson came on for the last ten minutes – making his Spartans debut – and he nearly had an instant impact on proceedings.

Having out-muscled his marker, Atkinson played in Maguire. The pacey striker struck hard across goal, but his strike went wide.

Blyth threw everyone forward in the hope of drawing level and had a host of late chances to draw level, but Morpeth dug in deep to defend their lead. Their persistence was then rewarded in the last minute, when they finally put the tie to rest.

Liam Henderson – on for Chilton – picked up the ball on the right and struck a low hard drive across goal. The ball flew past a diving McHugh and creeped inside the far post, to knock Spartans out of this season’s Emirates FA Cup.

Blyth will have to put this poor result behind them straight away – as they return to Evo-Stik Premier League action with an away trip to bottom side Frickley Athletic on Tuesday evening.