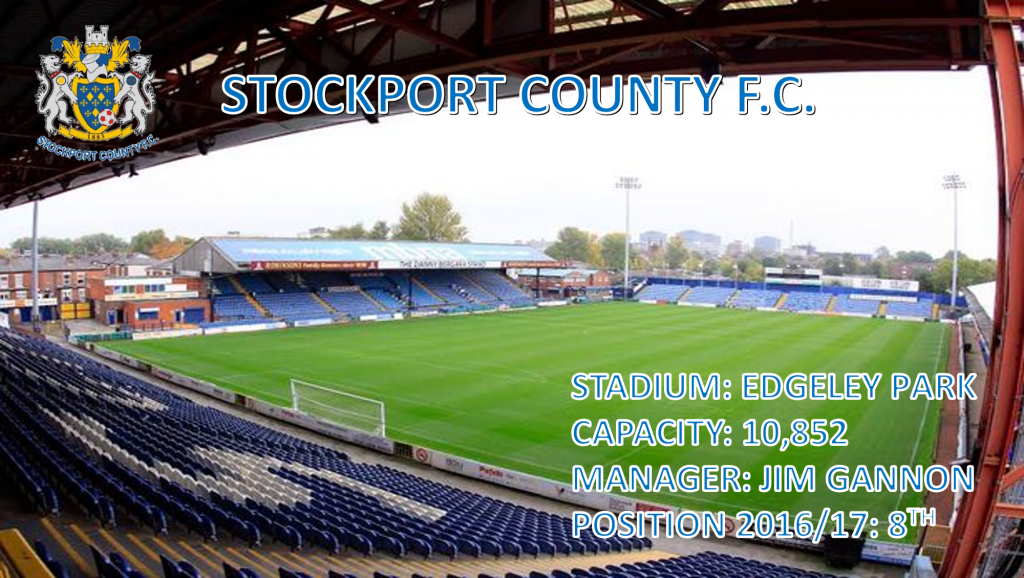 Blyth Spartans travel to Edgeley Park on Saturday to face Stockport County. Both sides will be looking to have a successful league campaign following their disappoint FA Cup defeats.

The Spartans bounced back from their defeat against Kidderminster by defeating Nuneaton Town in another 9 goal thriller. This time though, Blyth came out on top 6-3. Dale Hopson grabbed a hat trick including two penalties, Dan Maguire got a brace and David McTiernan got the other.

The Hatters bounced back from their defeat against FC United by gaining a draw at Darlington. Scott Duxbury scored an unfortunate own goal to give Darlington the lead and it look an injury time equaliser from Jason Oswell to share the spoils.

On the previous five occasions that the sides have met, they have all been in the FA Cup, meaning that this will be the first competitive league meeting.

Jim Gannon – As a player, Gannon spent a decade playing at Edgeley Park making 383 appearances for the Hatters. This is his third spell in charge of the club following a 4 year stint from 2005-09 and then 2 years from 2011-13.

Jason Oswell – Jason joined the club from Welsh side Newtown in the summer after finishing top scorer with 22 goals. Already this season he has found the net on 9 occasions.