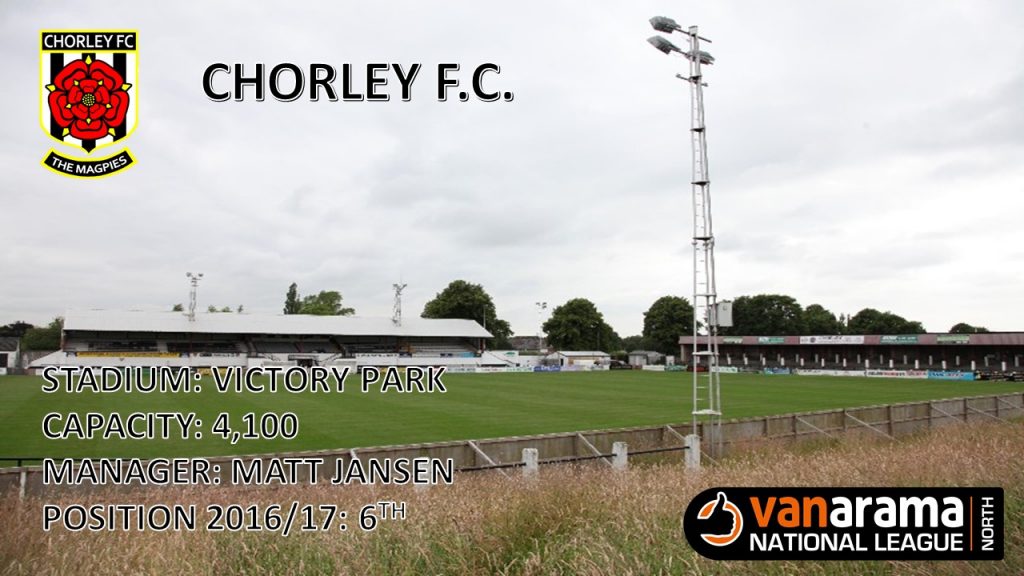 The Spartans travel to playoff hopefuls Chorley on Saturday, looking to get back to winning ways after suffering heavy defeats to Salford City and Harrogate Town.

Blyth were in action on Saturday as they faced Kidderminster Harriers at Croft Park. The hosts knew that a win was crucial in their race for the playoffs.

However, it was the Harriers who left with all three points. Ryan Croasdale and Emmanuel Sonupe put the visitors ahead. Sean Reid grabbed his 50th Spartans goal in the 87th minute, however, it was to be no more than a consolation.

Chorley visited AFC Telford United on Saturday and left New Bucks Head with all 3 points, as goals from Alex Newby and Marcus Carver put the Magpies ahead. Elliot Newby converted a late penalty for Telford to give them hope but it was Chorley who claimed the points.

Matt Jansen – More well-known perhaps as a player Jansen played for Crystal Palace, Blackburn Rovers and Bolton Wanderers amongst others. In the summer of 2015, he replaced Garry Flitcroft.

Marcus Carver – The striker joined from Accrington Stanley in the summer of 2016 following a successful loan spell. He is topping the scoring charts for the Magpies this season.