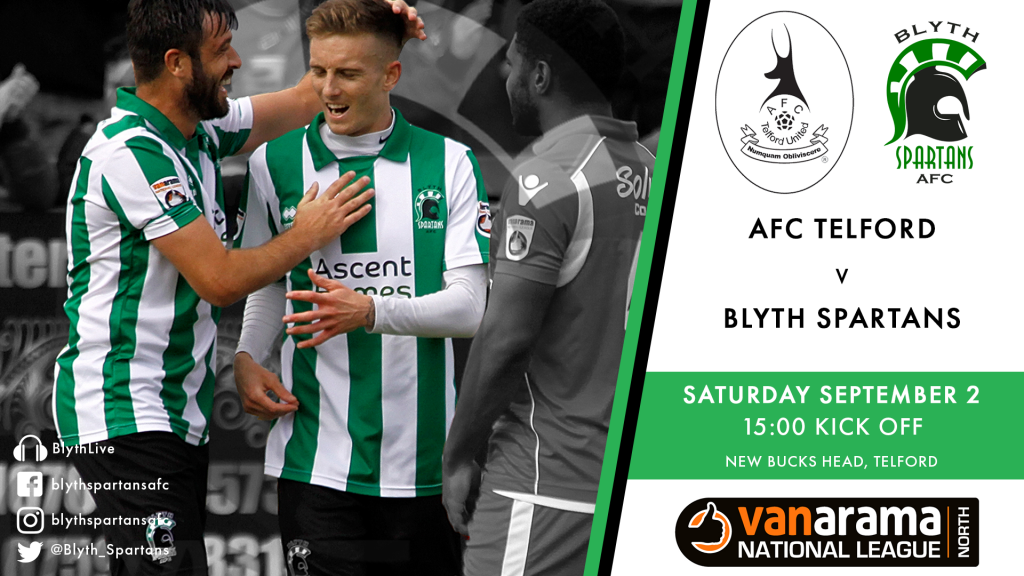 Blyth make the long journey to Telford on Saturday looking to get back to winning ways following their home reverse on Bank Holiday Monday.

Spartans were unfortunate to lose 2-0 against Harrogate Town on Monday as a goal in each half condemned Blyth to defeat. The game was bad tempered from the off with no fewer than 11 yellow cards and a straight red for Jack Vann.

Telford meanwhile responded to a disappointing 4-1 defeat at home to Bradford Park Avenue by claiming a comprehensive victory over Leamington. Anthony Dwyer grabbed a brace and a there was also a goal from Jordan Lussey as they won 3-0.

Spartans currently find themselves in 11th place with their hosts occupying 13th position but with the same number of victories.

Rob Edwards – The former Wolves and Blackpool defender was appointed manager of the Bucks in June 2017. Edwards also made 15 appearances for the Welsh national side.

Marcus Dinanga – A familiar face to the Spartans players and fans. Dinanga had a hugely successful season whilst on loan at Matlock last season scoring 34 goals. This summer he signed on loan for Telford after extending his contract with Burton Albion.