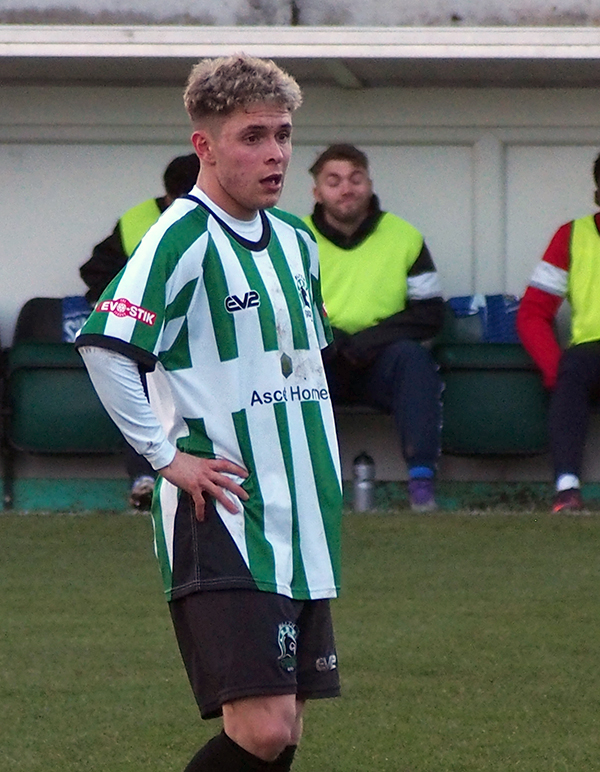 On-loan midfielder Adam Wrightson will remain at Blyth Spartans for another two months – after his loan spell was extended until April 19.

The 20-year-old’s initial loan from Vanarama National League Premier side Gateshead was due to expire after Saturday’s 2-1 win over Stourbridge, but this extension will see him remain at Croft Park until just before the end of the season.

And, having spent quite a bit of time trying to secure the winger’s services for a longer spell, Spartans manager Alun Armstrong was delighted to see Wrightson remain at Croft Park – as Blyth look to complete their aim of promotion to the Vanarama National League North.

Armstrong said: “It’s something I’ve been working on for three weeks, so I’m delighted it’s finally been extended. He wanted to stay and we wanted him to stay, so it’s worked out well for all parties really.

“I like the kid and what he brings to the squad, so it’s great that he’ll be around for a bit longer.”

With an expiry date of April 19, Wrightson is set to miss the season’s closing game at home to Grantham Town three days later – unless a further extension can be agreed.

With regards to the loan expiry date, Armstrong commented: “It’s a strange one, but the date was something I think they’ve decided on. Our plan is to have him for the rest of the season and, hopefully, get him for next year too.”

Wrightson isn’t the first player to have his loan deal increased – after David Atkinson joined initially from Carlisle United, before signing permanently when he was released by the League Two side. Paul Woolston has also enjoyed a successful spell on loan from Championship leaders Newcastle United, which Armstrong thinks more than justifies his ventures into the loan market this season.

The 41-year-old stated: “People ask why do I do loans? It’s a simple one really.

“It allows me to get a look at players and feel of them in squad. When you’re working five days a week, playing on Saturday and Tuesday and training every Thursday, it doesn’t give you much chance to have a look at players.

“This way has worked well for me so far and I hope it continues to do so.”