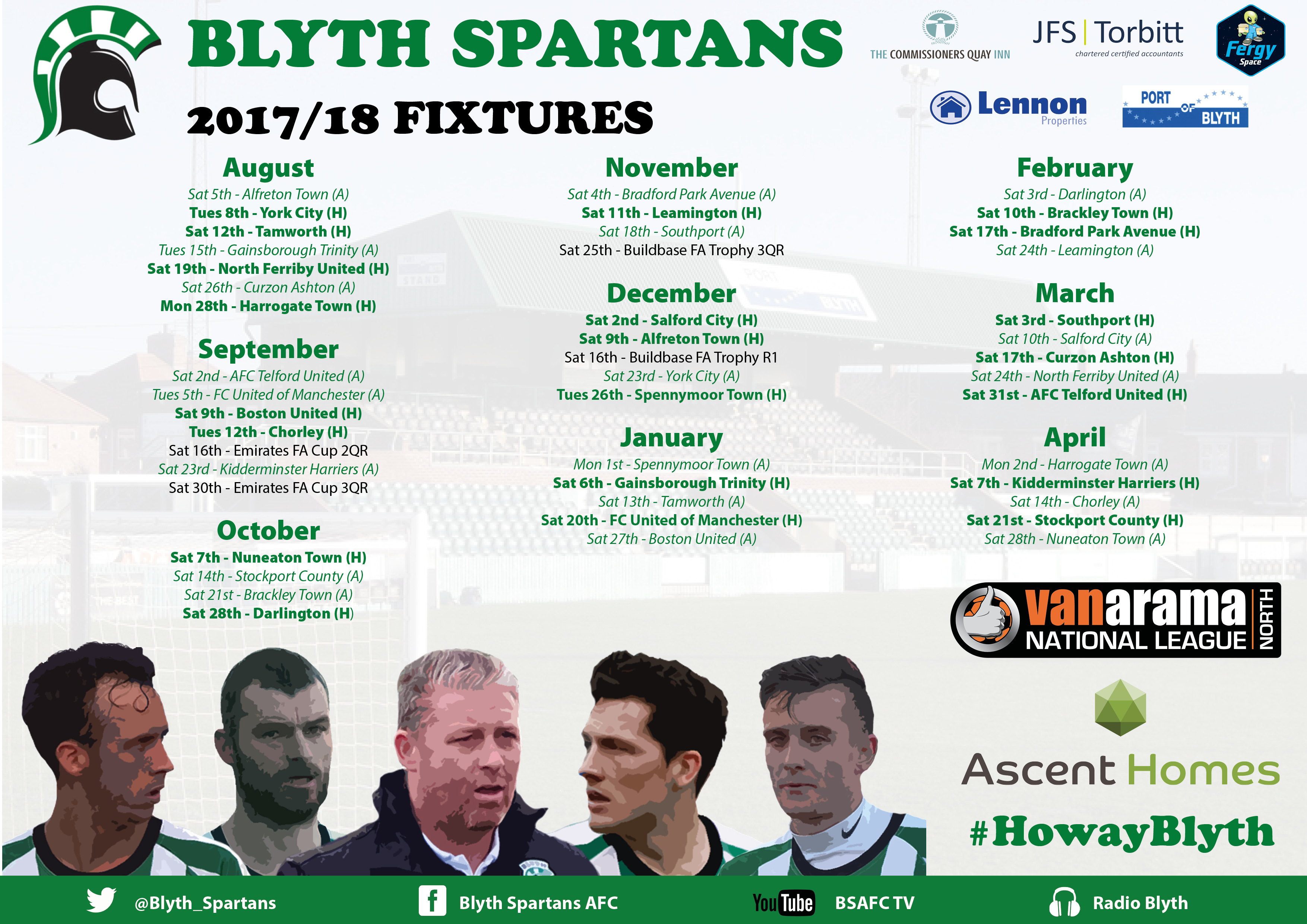 Blyth Spartans will mark their return to the Vanarama National League North with a trip to Alfreton Town on the opening day of the 2017/18 season, on Saturday August 5.

A huge game then follows for the reigning Evo-Stik Premier League champions three days later – as former Football League club York City will be the first team to visit Croft Park on Tuesday August 8, before Tamworth make the trip to Northumberland on Saturday August 12.

The festive schedule throws up what will surely be a popular away day to York City on Saturday December 23, ahead of back-to-back clashes against last season’s Evo-Stik Premier League runners-up Spennymoor Town. Croft Park will host the Boxing Day meeting, with both sides then descending on The Brewery Field on New Year’s Day for the return fixture.

Another North East derby sees Spartans play host to Darlington on Saturday October 28. The club will then make their maiden trip to the Quakers’ Blackwell Meadows ground on Saturday February 3.

Stockport are also the final visitors of the season to Croft Park on Saturday April 21, while Nuneaton Town will play host to the now-famous Spartans Fans’ final away day celebrations on Saturday April 28. In an interesting coincidence, that fixture sees us play Nuneaton on the same date as our last meeting with them – our final Conference North game of the 2011/12 season, when Nuneator prevailed 3-2 at Croft Park – albeit at the reverse venue.