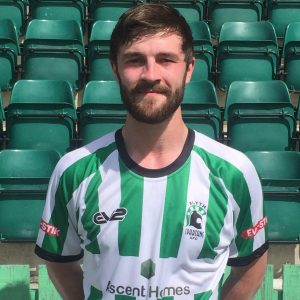 The former Motherwell and Durham City defender – who has made just one appearance off the bench so far this season – has decided to move on to get more minutes on the pitch.

Parker makes a return to the Northern League, having arrived at Croft Park from Bishop Auckland back in 2013.

The 25-year-old was part of the club’s Northumberland Senior Cup-winning side in 2015 and also played for his country in an England ‘C’ representative side during his time at Blyth.

The club would like to wish Danny the best of luck for the future and thank him for all of his efforts for Blyth Spartans.