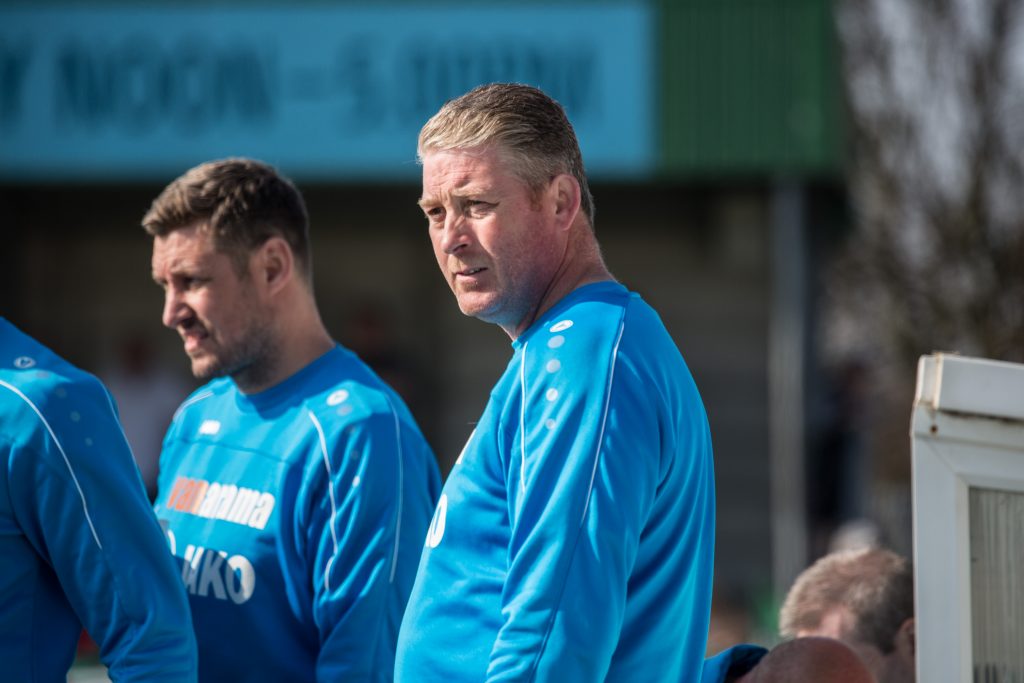 The Hartlepool United loanee – who has impressed during his three game in the side – was forced off with the score at 1-1 early in the second half, forcing a re-jig of the side.

“It’s looks like he’s rolled his ankle,” suggested Armstrong in his post-match interview, “I’d expect him to miss a few weeks at least.”

He’s not the first centre-back to go down with injury this season, Sam Brotherton suffered an injury in the season opener against Hereford – and only now has the full extent of the injury been disclosed.

“Sam had a scan earlier in the week and it looks like he’ll be out for at least two months, he’s suffered some ligament damage and will take a while to come.”

“I’ve never known such an injury list at any club I’ve been at as a player or a manager – we’ve got four central defenders out.”

Cunningham and Brotherton join Ryan Hutchinson in the treatment room, with Jordan Watson still returning from an ACL injury with a loan spell at Northern League side Sunderland RCA.

With Nathan Buddle the only recognised fit central defender on the books – like he was during the summer – Armstrong discussed the possibility of bringing someone else in.

“It’s all about the money,” Armstrong stated with exasperated expression on his face, “we simply don’t have it, I could bring in a central defender rather easily, but would they be capable of playing at this level? Not a chance?”

“The defenders I wanted in the summer had a price on their head, we simply couldn’t afford to bring those players in and I was left to bring in loans.”

“We are now back to square one.”