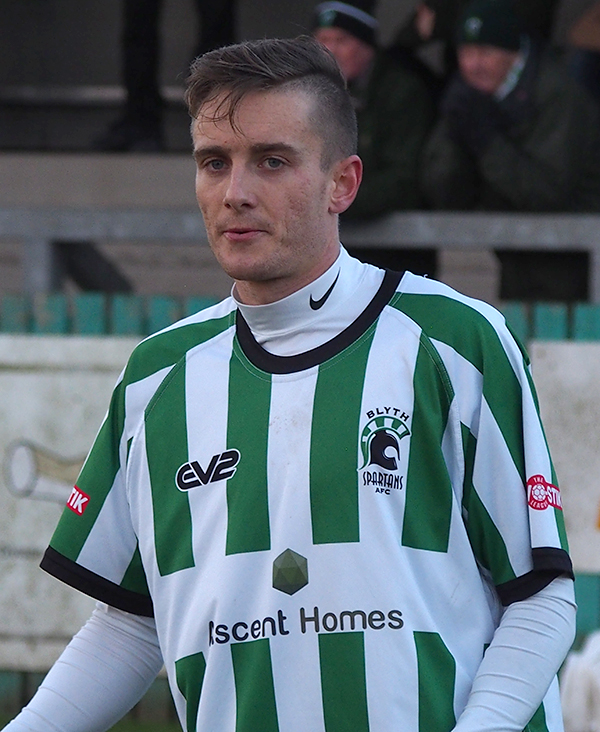 Blyth Spartans are delighted to announce that Jarrett Rivers has been awarded the Port of Blyth Player of the Month award for January.

Alun Armstrong’s side not only went unbeaten throughout the first month of 2017, but they also claimed three points for each of those six fixtures – as they established themselves at the top of the Evo-Stik Premier League table. An important 3-2 win over Workington got Spartans on their way, before they were able to keep clean sheets on their way to 1-0 and 2-0 victories against Coalville Town and Nantwich Town.

Blyth really hit their stride during the middle of January and carried that on in their remaining three matches of the month – as they recorded a devastating 7-1 massacre of Mickleover Sports, either side of impressive 4-1 wins over  Skelmersdale United and Matlock Town.

One of the reasons for Spartans’ dominance in their first six games of the calendar year was down to the inspirational form of winger Rivers, who finally looks to have returned to the sort of blistering performance levels that saw him earn a move to then-League One side Blackpool two years ago.  The 23-year-old even managed to cap his impressive month with a truly outstanding strike against Matlock.

Rivers will receive his award prior to Saturday’s game against Hednesford Town at Croft Park.