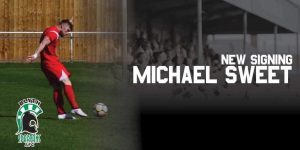 Blyth Spartans are delighted to announce the signing of striker Michael Sweet from Northern League Division One side Consett AFC. 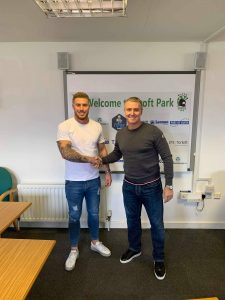 “I’m very excited about joining Blyth Spartans,” Sweet said. “It was a very easy decision because of the level and the standard is high.”

“After a conversation with Peter Jeffries and a few other people I had to jump at this chance –  I just want to play at the highest level I can.

“I like to play through the middle as a number 9, play in behind, run the channels and just get myself in the box as much as I can, and try my best to put the chances I get away.”