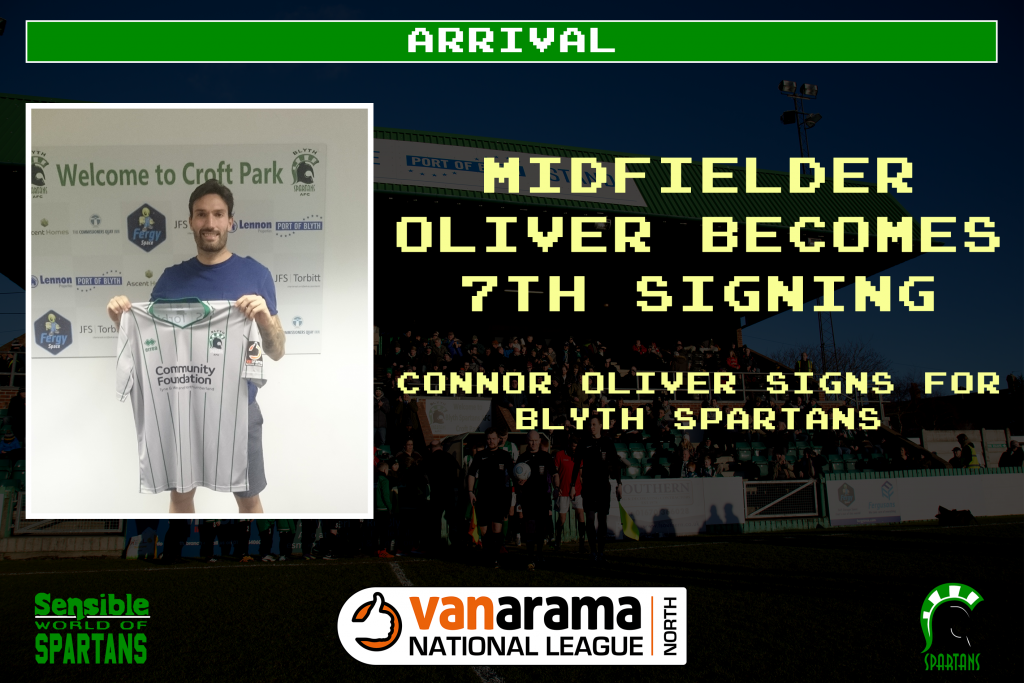 Born in Newcastle, Oliver began his career with the Sunderland Academy before joining then League Two Hartlepool United in 2014, but only made three appearances before joining Championship side Blackpool.

During a two-year stint with the Tangerines, Oliver made 14 appearances – ending his spell with the club out on loan at Morecambe.

In the Summer of 2016 he joined National League side North Ferriby United making 35 appearances and scoring one goal in one season with the club before joining Halifax Town last summer.

A defensive midfielder by trade, Oliver joins up with Alun Armstrong’s squad ahead of this Saturday’s trip to Hereford FC, the former Middlesborough and Ipswich Town man’s seventh signing of the summer – and third this week.