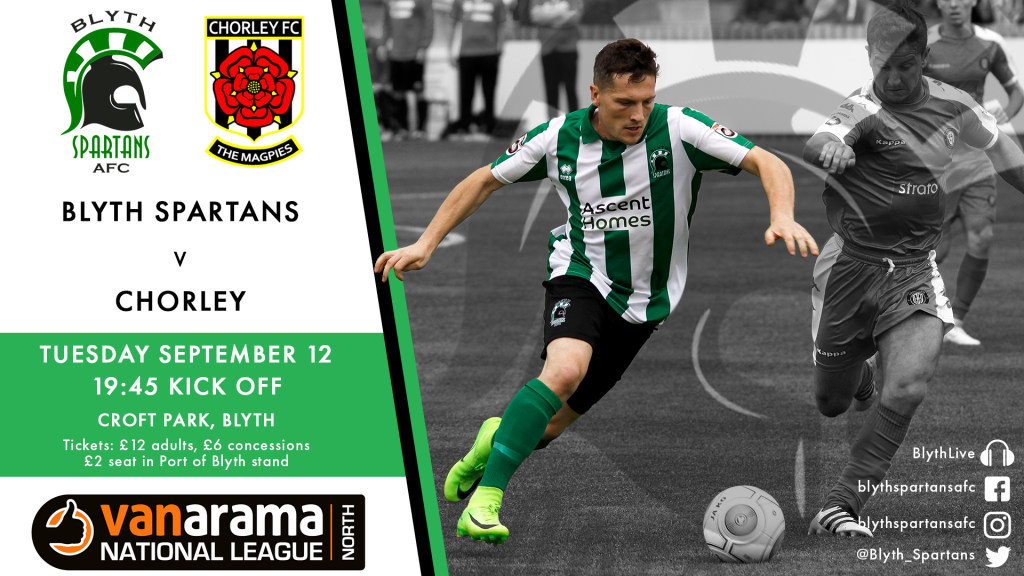 Blyth Spartans play host to Chorley on Tuesday evening looking to extend their winning run to four games and cement their place in the playoff positions.

The Spartans hammered Boston United on Saturday as they scored five goals for the first time this season. Dan Maguire opened the scoring before the lead was doubled by Nathan Buddle’s first of the campaign. Maguire then added his second and completed his hat-trick before the break. Harry Vince and Karl Hawley halved the deficit before Jarrett Rivers sealed the points and make the score 5-2.

Both sides are in great form in what promises to be an exciting game.

IN THE OPPOSITION DUGOUT Matt Jansen – More well-known perhaps as a player Jansen played for Crystal Palace, Blackburn Rovers and Bolton Wanderers amongst others. In the summer of 2015, he replaced Garry Flitcroft.

Josh Wilson – The striker was the first signing of the summer for Chorley as he arrived from AFC Telford United. Last season, he scored an impressive 16 goals in all competitions.