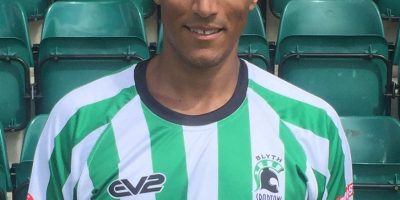 Blyth Spartans’ Gavin Caines has joined South Shields on a dual-registration deal – in an effort to give the centre-back more game time. The 33-year-old has made seven appearances for the club since his summer switch from fellow Evo-Stik Premier League side Rushall Olympic, but has not been involved in any of new manager Alun Armstrong’s first three games in charge. Caines will still be available for Blyth games during… 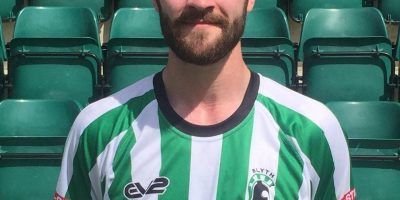 Danny Parker has left Blyth Spartans to join Northern League side Shildon. The former Motherwell and Durham City defender – who has made just one appearance off the bench so far this season – has decided to move on to get more minutes on the pitch. Parker makes a return to the Northern League, having arrived at Croft Park from Bishop Auckland back in 2013. The 25-year-old was part of… 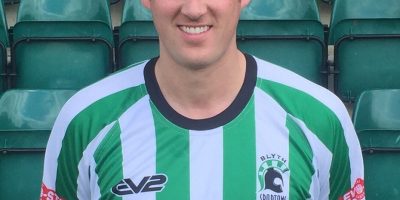 Assistant manager Neal Hooks was unable to hide his hurt after watching Blyth Spartans get knocked out of this season’s Emirates FA Cup – following a comprehensive 4-2 defeat to FA Vase holders Morpeth Town. The Northern League raced to a commanding 3-0 lead within the first 17 minutes, thanks to a brace from Michael Chilton and Luke Carr’s curling effort. Daniel Maguire’s header and an own goal from former… 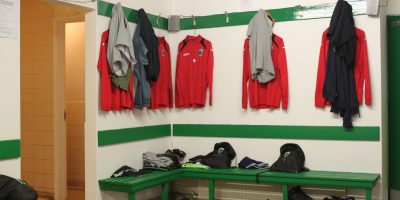 By Glen Maxwell In association with: ALAN McLEAN FCMA CGMA Chartered Management Accountant Emirates FA Cup Second Qualifying Round Saturday September 17 2016 Blyth Spartans 2-4 Morpeth Town A clinical Morpeth Town put Spartans to the sword in the Emirates FA Cup – as the FA Vase holders eventually claimed the tie late on, despite a second half fightback from the hosts. A brace from Michael Chilton and Luke Carr’s… 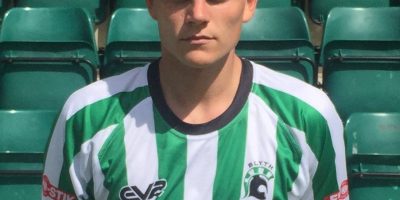 Spartans defender Ryan Hutchinson will come up against old friends in Saturday’s Emirates FA Cup tie, but he is adamant that his time at Morpeth Town gives him an added incentive to help Blyth win this weekend’s second qualifying round tie. The 23-year-old ex-Celtic and St Johnstone youngster joined Northern League side Morpeth after moving south of the border, before signing for Blyth from Seaton Delaval during the 2013/14 season…. 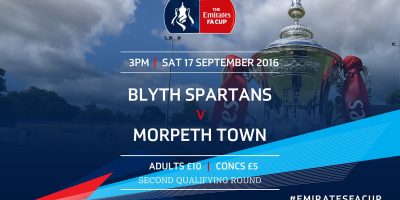 Blyth Spartans have been handed a “tough draw” in the Emirates FA Cup second qualifying round, but manager Tom Wade hopes that their competitive clash with Morpeth Town draws the big crowd that it deserves. Spartans were rewarded for their 3-1 win over fellow Evo-Stik Premier League side Frickley Athletic with another home tie, this time against FA Vase holders Town. The Northern League side have already claimed a cup…

Blyth Spartans have been drawn at home to FA Vase holders Morpeth Town in the Emirates FA Cup second qualifying round. Spartans have been rewarded with another home draw after seeing off Frickley Athletic 3-1 at Croft Park on Saturday, while Morpeth secured their spot in the second qualifying round with a 4-2 upset at home to Colwyn Bay – after beating fellow Northern League side North Shields 1-0 in the…