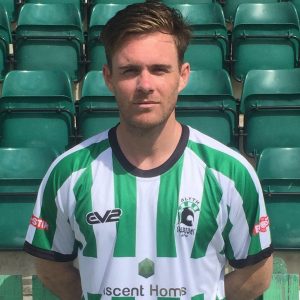 Blyth midfielder Stephen Turnbull has wished Blyth Spartans Juniors the best of luck for this evening – ahead of the side’s first ever FA Youth Cup fixture.

Spartans’ under 17s side will take on Hebburn Town Juniors at Croft Park tonight, after entering the prestigious youth competition – currently held by Premier League side Chelsea, who beat Manchester City in the final – for the first time.

And, as one of the most experienced players in the senior side, Turnbull has wished the Blyth youngsters all the best on behalf of the whole club for their 7pm FA Youth Cup clash.

Turnbull said: “Good luck to all the lads at Blyth Spartans juniors tonight. Go out and enjoy the occasion – as I’ve enjoyed both the FA Cup and the FA Youth Cup and I hope they get through.

“It’ll be a tough game, but it always is in competitions like this, but I wish them all the best and I hope they do well under the lights at Croft Park.”

With the youth team’s all-important fixture taking place at Croft Park, Turnbull also hopes that the fantastic backing that the senior side receives is replicated this evening – as he has called on the Spartans fans to match the club’s efforts in supporting their youngsters.

Turnbull said: “I have no doubt that the Blyth fans will get behind the lads as well. Our fans are terrific and they’ll support whichever side runs out in the green and white.

“They’re absolutely brilliant and they’ll give the other team a bit of stick, like they always do. Hopefully, the young lads can get a boost from it and enjoy the experience – as there’s not many chances for you to play in the FA Youth Cup, so it’ll be a great experience for them all.

“The juniors won’t be used to playing on a pitch as good as that, so you have to thank Peter Henderson for the hours of work he puts into maintaining it.

“Hopefully, they can grab the opportunity with both hands, get into the next round and be rewarded with another home draw. I also hope a lot of people in Blyth come out to support the youth side as well.”

“At the start of pre-season, I did a presentation in the clubhouse with all the young Spartans coming through and that’s where you get the blood coming through the club. It’s brilliant to see that the club is getting behind them and letting them play at Croft Park as well.

“Like I say, I just hope the Blyth fans come down to cheer them on – as tonight will be one of the best experiences of football for the young lads in their careers so far.”

When asked if he would try and catch a glimpse of the game during training, Turnbull replied: Definitely. I think a lot of the lads will try and catch some of the match.

“I know when I played in the Youth Cup for Hartlepool that, if any of the first team players were in the crowd, it gave me a boost. I’m definitely going to try and catch as much of the game as I can and I know I won’t be the only one.”

Blyth Spartans and FA cup competitions seem to go hand in hand and Turnbull is already aware of that – having scored an iconic free-kick to equalise in the 2-1 win over Hartlepool in the FA Cup Second Round back in December 2014.

And Turnbull has revealed he’ll be on the lookout for a “mini-Ste” when he gets the chance to watch the game.

Turnbull joked: “I’ll certainly be on the lookout for a mini me, although I’ll be really jealous if someone knocks a free-kick in – as I can’t seem to be able to hit one to save my life at the moment.

“In all seriousness, I hope one of the Blyth lads can stand out though. Like Alan Shearer said to us at Victoria Park, there’s always a hero in a football match.

“It will be an absolutely massive game to them and, hopefully, one of them can go on to score one or two goals to become a hero.”

Turnbull’s sentiments were echoed by assistant manager Neal Hooks, who is well aware of how important the FA Youth Cup is to a player’s progression. 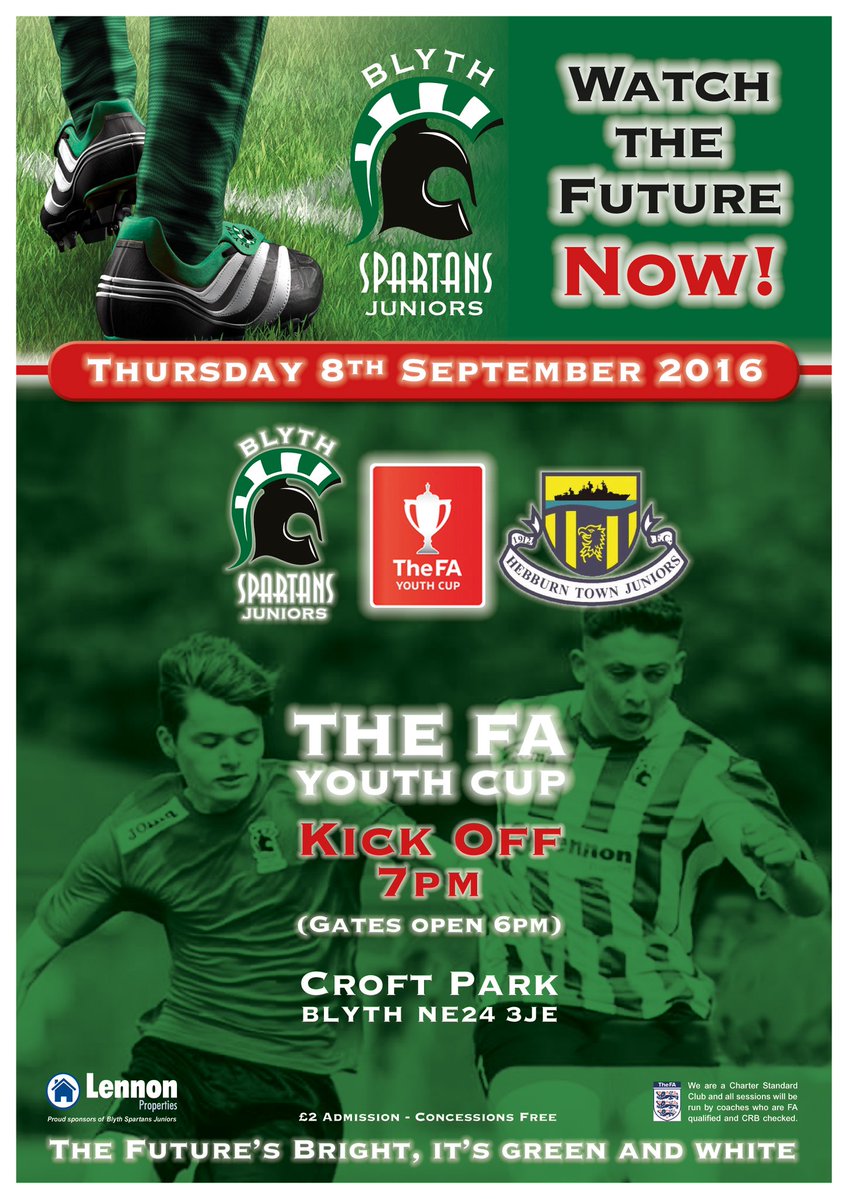 Hooks added: “Be very positive and enjoy the occasion. I’m sure they’ll do very well and it’s a great occasion for the club to be involved with.”

“It’s always positive. We look to bring young lads in every season, whether that’s from pro football or from the youth teams in Blyth and the local area.

“We always look for young lads that want to come through and play at this level so, hopefully, a couple of them can stand up and be counted. The FA Youth Cup is also a good stepping stone for players to move on to bigger things as well.”

Despite Hooks having to take training for the senior side while the game is on, he has tipped a couple of Tom Wade’s side to make cameos should Blyth Spartans Juniors be short of numbers.

Hooks joked: There’s a couple of our players that could fit in for the juniors, certainly. Danny Maguire and Jarrett [Rivers] might get in there, but definitely Andrew Cartwright – as there’s a few lads who are short in size for us this season.”

Blyth Spartans Juniors v Hebburn Town Juniors kicks off at 7pm and admission is £2 for adults, while concessions will be admitted for free.