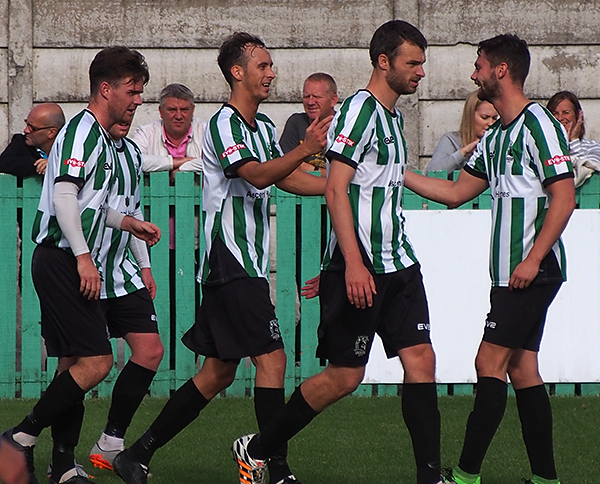 Blyth Manager Tom Wade admits that he didn’t see Spartans’ emphatic 5-0 victory over Sutton Coldfield Town coming at half-time, but thought his side were well worth their win and could have even scored a lot more during Saturday’s Evo-Stik Premier League triumph.

The two sides played out a rather mundane first half, before Matthew Wade brought the game to life just before the break with a beautiful low drive into the bottom corner.

Spartans stepped up several gears in the second half – thanks to a brace from Daniel Maguire, an exquisite chip from Sean Reid and a first Blyth goal for Luke Armstrong late on – but, despite the result taking Wade by surprise, he revealed that his side had enough chances to reach double figures against the Royals.

Wade said: “Despite the majority of the first half performance, we did expect to score. We knew that, once we had got the first one, we’d go on to get two or three.

“I don’t think anyone would have predicted a 5-0 game though but – on the other hand – we could have had anywhere up to ten goals after the break, so that just sums up football perfectly really.

“Sutton Coldfield aren’t playing as bad as their league position suggests though. They have some good players and they were solid, but we’re a good side and all of the lads did their job superbly.”

Wade was delighted to see his son score his first goal since returning from his summer move to South Shields for more than one reason – as he hopes that “Wadey” has now been able to silence his critics in the Croft Park stands with not only his fantastic strike, but his all-round play in midfield.

Wade added: “To be honest, I hope he has silenced the minority of fans that are still intent on criticising him. He had a fantastic game alongside Stephen Turnbull.

“He does a job that no one else likes to do, so he does a fantastic job and he took his goal really well. He had an identical one in the FA Cup game we played at Croft Park last week, but the keeper pulled off a fantastic save to keep it out.

“He kept this one down though and found the bottom corner. We really needed that – as we were desperate to score before half time.

“Second half, bar the first five minutes, I thought we were flying. When you’ve got Robbie Dale, Maguire, Matty Pattison and Reid and then you can bring on Michael Richardson, Armstrong and Michael Liddle – who’s more of an attacking left-back – as well, then you know we have great options going forward in the team.”

Although quick to sing the praises of his son’s opening goal in the 5-0 rout that saw five great goals scored for Blyth, Wade opted for his side’s final goal as the goal of the game – after an unbelievable run from central defender Ryan Hutchinson helped him to his second assist of the afternoon in the dying moments of the game.

Wade said: “I think the last one was the pick of the bunch really. Hutchy’s ran through the whole team, virtually, and he could have had a shot – as I think most of the rest of the lads would have done in that position.

“He’s just laid the ball off and Luke has scored, giving Hutchy two assists in the game and a fully deserved man of the match award. He was outstanding.”

The Blyth boss was also full of praise for youngster Armstrong’s composure for Spartans’ fifth goal and has tipped the 20-year-old to improve as the season goes on.

Wade said: “I’m pleased to see him scoring. He’s very much in the position that Maguire was when he joined the club.

“He wants to try and impress, so he’s getting the ball and trying to turn with it at the same time. ‘Nipa’ is an all-round player now though – as he gets the ball and lays it off and brings people into play.

“Luke will learn to do that as he gets older and that hold-up play is the only thing that is missing from his game at present. He’s big enough and strong enough to do that.

“He’s a bit of a machine when he goes forward; he’s strong and he’s pacy. He’s a fantastic finisher as well and he’s a player we’re going to stick with as the season goes on.”

It was all good news for the home side in their fantastic five-goal display though – as right-back Andrew Cartwright had to go off for an injury in the 12th minute, before Maguire limped off deep into the second half. 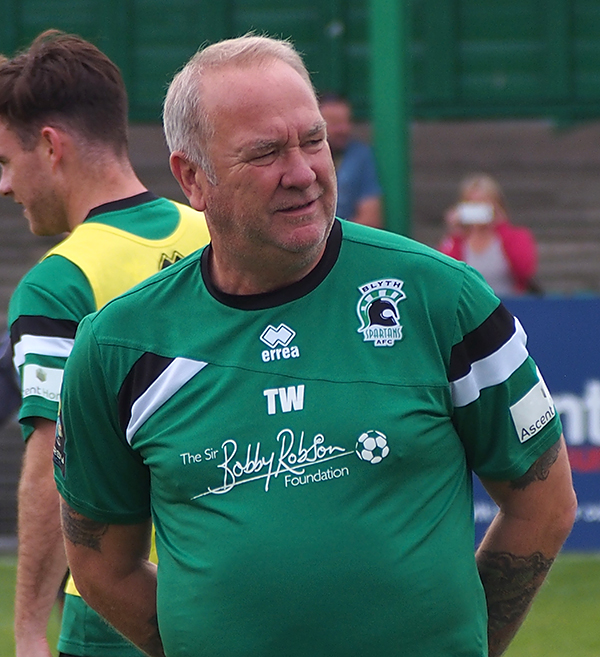 However, Wade was quick to reassure the Spartans supporters that neither have a serious problem and went on to add that he should have a full contingent to choose from in the upcoming games.

Wade said: “Cartwright just tweaked his back a little bit, but Liddle wasn’t far from starting against Sutton in fairness. When Carty went off, we just pushed Belly [Chris Bell] across and Liddle slipped seamlessly into our defence.

“Maguire got caught knee to knee, so it was one of those sore ones that’ll probably swell up and bruise. He’s a tough lad though, so he should be alright for the games coming up this week.

“We’ll keep monitoring it though and, if there’s any doubt, we’ll rest him. We’re only eight games into the season and we have to understand that it is a 40-odd game season.

“Last season, we were forced to play people who were injured, but we’re in a very lucky position at the moment – as we can rest players if they have any niggles and we don’t diminish the squad.”

Blyth have already claimed two wins in their four home games on the bounce, so will look to continue their fine form in front of their own fans when they welcome Marine to Croft Park on Tuesday night.

That said, the Spartans’ gaffer knows his side are in for a tough test against the only side to have inflicted defeat on his side so far this season – as Daniel Mitchley’s late goal earned Marine a 1-0 win in last month’s reverse fixture.

Wade said: “Marine are a good side and, in the second half down there, they probably deserved to win it. We bossed the first half, played some good stuff and created some good half-chances.

“Second half, they turned us round and scored right near the end. We’ve done that to teams before as well though, so it’ll be another tough game on Tuesday night.

“They have a good manager and a great set of players, but we won’t be showing them any sort of complacency again this time around.”