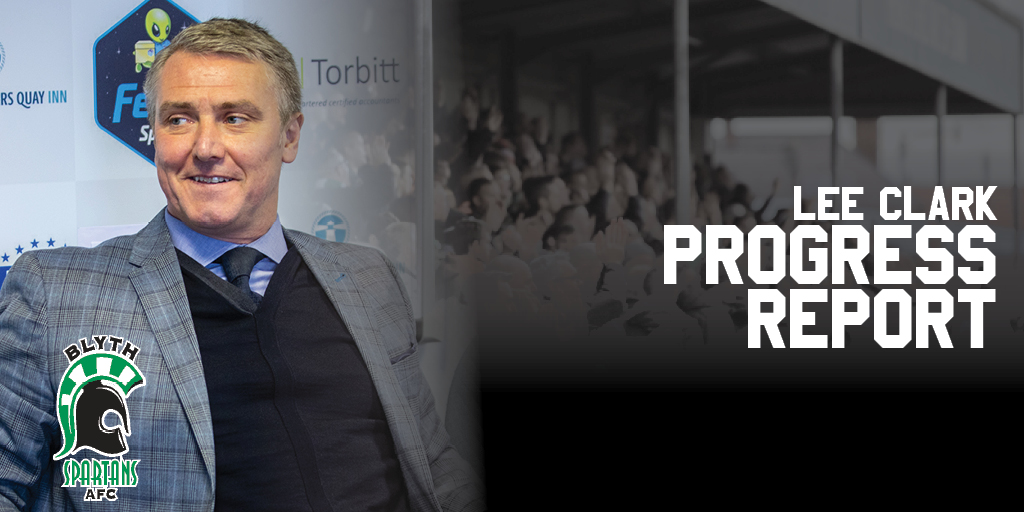 Blyth Spartans manager Lee Clark updated the club’s website on his first week in the job, with 10 players and physio Gary Neasham joining the club.

Clark has re-signed Ryan Hutchinson, Lewis Horner, Jack Butler and Robbie Dale from the side that finished 6th last season and has worked hard to bring others through the door.

So far Tom Devitt has joined from Gateshead, Anthony Callaghan from South Shields and four players from Newcastle Benfield – defender Rhys Evans, midfielder Joe Robson and strikers Jake Orrell and Dale Pearson. James Martin also registered with the club but has decided to pursue other opportunities.

“They all have a real desire to play at this level and improve, but they also want to kick on and play at the highest level possible which is what excited me about this job.

“We have got 10 players signed up, but we have not even scratched the surface of where we need to be to compete.

And that work is unrelenting, Clark has players clamouring at his door:

“It’s 24/7, I am getting inundated with players for every position and I am just trying to sift through and meet as many of them as I can.

“Especially the ones I am shortlisting for certain positions, I have targets of course.

Since taking up the post. Clark has been in touch with all those available from last years’ squad along with meeting numerous players at Croft Park.

“It has been hectic,” suggested the former Newcastle United, Sunderland and England midfielder, “By the time I had taken up my position a few of the players had already left for pastures new.

“There are some who are still here – I wanted to keep as many players as possible because of the success last season, and some of those who were still available have decided to go.

“I understand Dan Maguire’s situation totally, he is going into full-time football to a club with a massive infrastructure and has ambitions of not only getting into the National League but also the Football League.”

“There are others who have moved on as well and some are talking about moving on. We have signed four of those who were here which is important.

“I personally didn’t want to have a huge overhaul of players but it is going to happen and I am delighted with the players who have been brought in.”

With four players joining from Northern League clubs to date, suggestions have been made that it will be a big step up, but Clark believes those he has signed can make the leap to this level like others have before.

“I have have watched the players who have joined the club with all of them coming highly recommend from four or five trusted people who understand the area.”

Clark is set to further bolster his squad this afternoon as he prepares Blyth Spartans for their opening friendly against Stranraer in two weeks time.