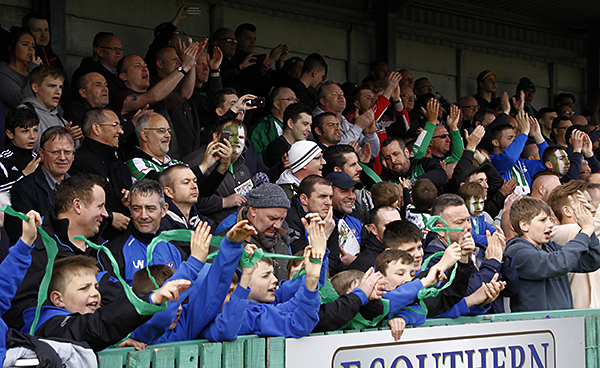 Blyth Spartans have confirmed the rest of their pre-season schedule, with the visits of Championship side Middlesbrough, Hartlepool United and South Shields added to an already testing summer schedule.

Following their relegation from the Premier League last season, Boro will travel to Blyth on Saturday July 22 – as part of the deal that saw Luke Armstrong leave Spartans at the end of the recent double-winning season. The game will see Spartans manager Alun Armstrong go up against one of his former clubs, having enjoyed a two-year spell at the Riverside during his playing career.

In a clash that will evoke memories of Blyth’s triumphant 2-1 win to reach the FA Cup Third Round back in 2014/15, National League Premier outfit Hartlepool will arrive in Northumberland four days earlier – Tuesday July 18 – for a 7:30pm kick-off. Having been relegated out of the Football League on the final day of last season, United will hope their pre-season performances will help set the wheels in motion for a return to League Two at the first attempt.

Finally, the club’s final Saturday fixture ahead of the new season will see them take on Northern League and FA Vase champions South Shields on July 29. With former Spartans Graham Fenton and Lee Picton at the helm and a number of ex-Blyth players in their side – including the recently departed Matty Pattison – the quadruple-winning Evo-Stik League Division One North side will surely provide a stern test for Armstrong’s men.

Discussing the Vanarama National League North club’s pre-season schedule, Blyth boss Armstrong said: “There’s some really good testing games for us. We’ve got Middlesbrough, Carlisle, Hartlepool and a number of other good sides, so there’s some tough games for the lads.

“That’s what they need though. Some of the earlier friendlies will be used to get the lads bedded in and get them up to speed, so there’ll be a good mixture of games.”

Spartans full pre-season schedule for this summer is:

Admission prices for home games will be £6 Adults and £3 Concessions, with those prices dropping to £4 and £2 respectively for the visits of Northern League sides Newcastle Benfield and Morpeth Town. Saturday games will start at 3pm, while Tuesday night matches kick off at 7:30pm.