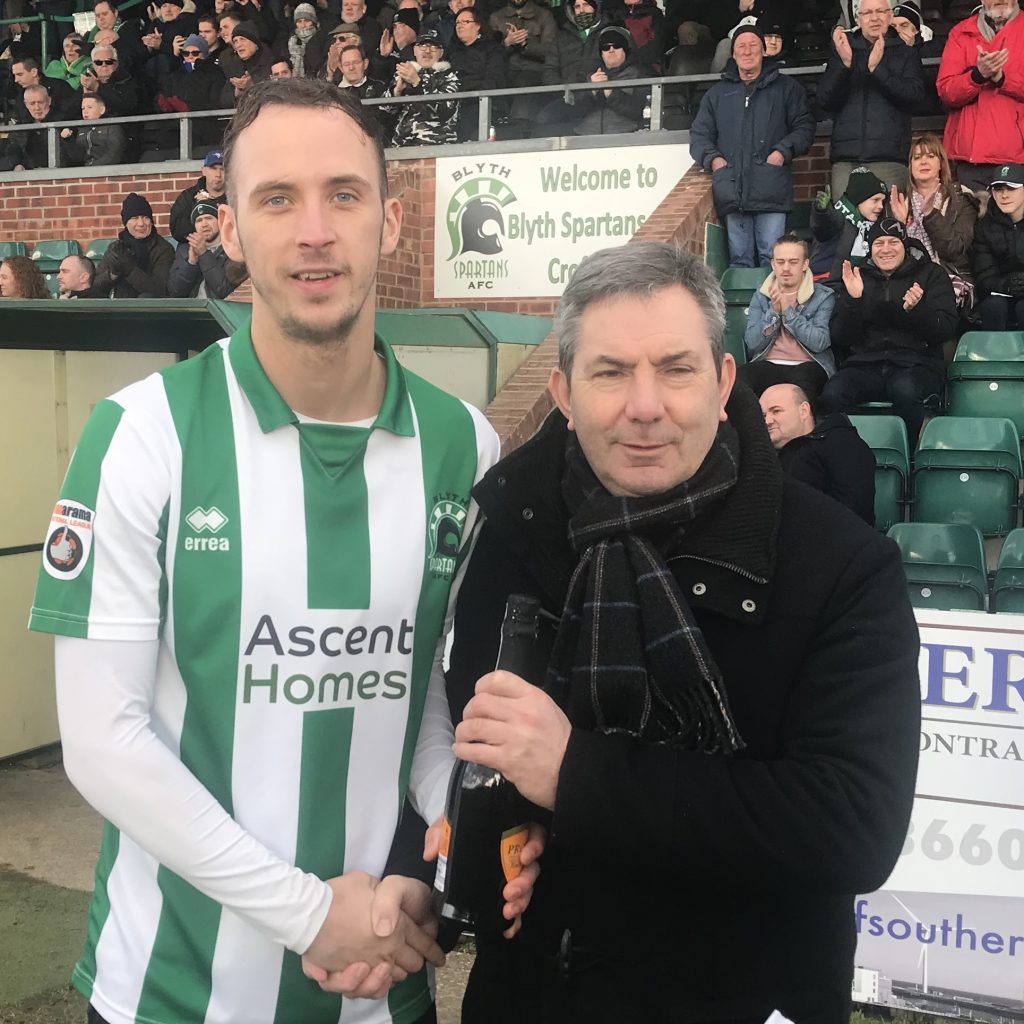 Midfielder Sean Reid has picked up the Port of Blyth Player of the Month award for January after a number of impressive displays.

Reid made six appearances in the month, netting a brace in a 4-0 win over Gainsborough Trinity and opening the scoring in the 1-1 draw against FC United of Manchester.

Both players recently made their 175th appearances for the club, showing great commitment and quality during their tenures at Croft Park/.