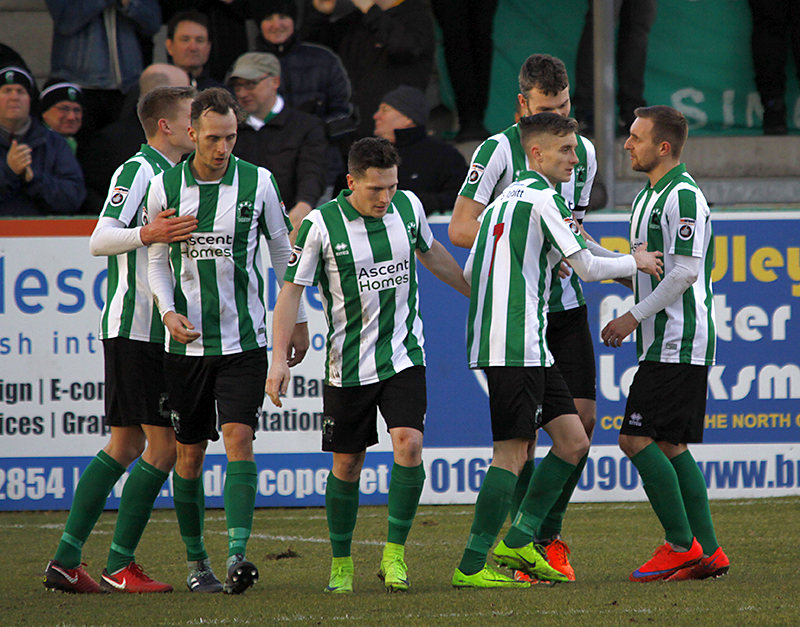 The prolific Spartans strike duo of Dan Maguire and Dale Hopson are set to join the famous V9 Academy this summer.

The academy – founded by Leicester City striker Jamie Vardy – rose to fame last summer with a series showcasing the programme on Sky Sports.

Both Maguire and Hopson will spend a week this summer at the world class facilities of the Ethiad Campus.

“The V9 Academy will hold its next intake of players at the City Football Academy, the training complex of Manchester City FC located on the Etihad Campus. The academy will host 42 successful applicants who will be split into 3 teams of 14 players for a 5-day residential programme.

“The V9 Academy will also be filmed as a Sky Sports documentary and give a ‘behind the scenes’ look into how coaching, sport science, fitness methodology, talent ID and mental training is carried out at the top level.” http://www.v9academy.co.uk/the-academy/

Maguire, 25, has made 253 appearances for Spartans, scoring 134 goals, a record of better than one goal every two games.

Hopson, 25, joined Spartans from Whitby Town in the summer, he’s starred this term scoring 12 goals in 33 appearances from midfield.