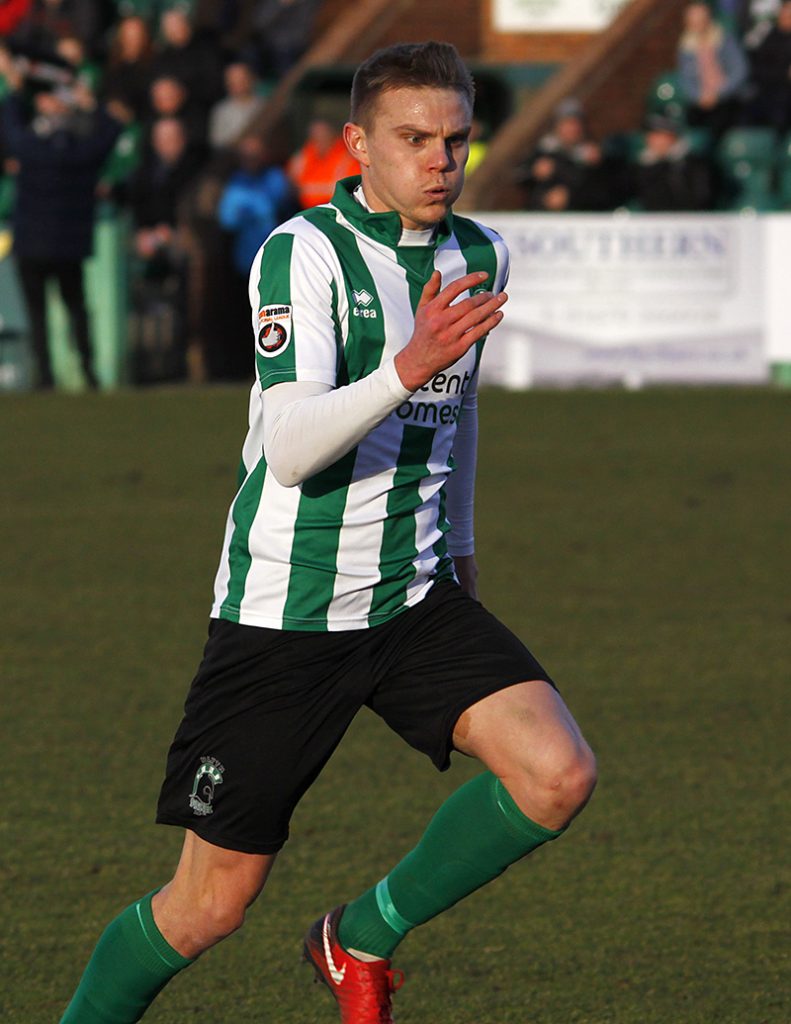 Blyth Spartans defender Ryan Hutchinson is likely to miss the majority of the 2018/19 season due to a knee injury picked up against Harrogate Town earlier this month.

‘Hutchy,’ who earned a call-up to and England ‘C’ squad earlier in the campaign has suffered injuries to is MCL, a ruptured cruciate ligament, part of his lateral cartilage and bone injuries.

“It’s going to be a long one for him, he’s picked quite a few injuries to his knee.

“He’s had an MRI scan a few days after the injury and was referred to a specialist – and he has a follow up with that soon which will determine the plan of action.

“But certainly he needs surgery, but we don’t have a date yet – and after that it’s going to be a long term rehabilitation for him – we’re talking more than nine months I imagine.”

The club will be running a fundraising initiative to help pay for the cost of Ryan’s operation – with insurance only covering the cost of missed employment time.

Alun Armstrong added: “It’s devastating news, Hutchy has been a key player for us this year – and is a key part of the way we like to play.”