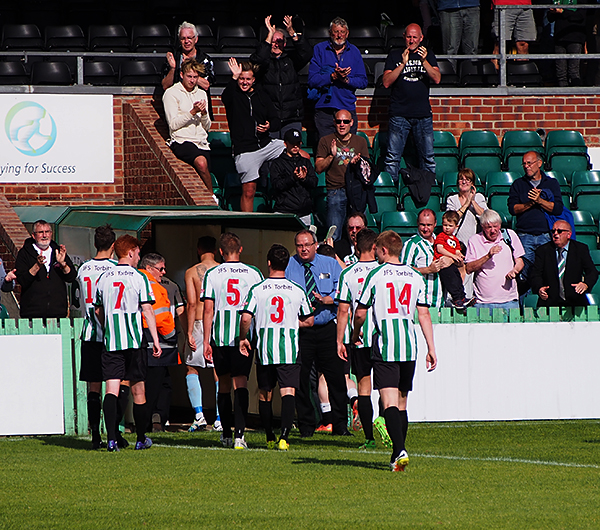 TEAM NEWS
Nathan Buddle begins a three-game suspension for his sending off on the opening day of the season, so either Gavin Caines, Danny Parker or Richard Pell will feature for the first time this season in his absence.

Matthew Wade could also be another to come into the team to allow a better link-up between defence and midfield, while Jarrett Rivers will be hoping to be involved at some point – after making a late cameo during Tuesday night’s defeat at Marine on his way back from injury.

Both Peter Jeffries and Stephen Turnbull suffered injury scares during Tuesday’s game, but the pair came through training unscathed and both are available for selection on Saturday.

Halesowen have just one point from their opening two Evo-Stik Premier Division matches, with a 2-0 opening day defeat against Buxton being followed by a 1-1 draw with Corby Town earlier this week.

OPPOSITION MANAGER
John Hill – Joined the club in September 2012 and oversaw Halesowen’s promotion to the Evo-Stik Premier Division by winning the 2013/14 Division One South title.

Finishing in a respectable 11th place in their first season at this level, Hill then led the club to another mid-table finish – this time 13th – last season.

DANGER MAN
Kaiman Anderson – The Shrewsbury Town striker came back to the Yeltz for a second loan spell this summer and will be looking to rekindle his goalscoring form from last season, as he is yet to score so far this term.