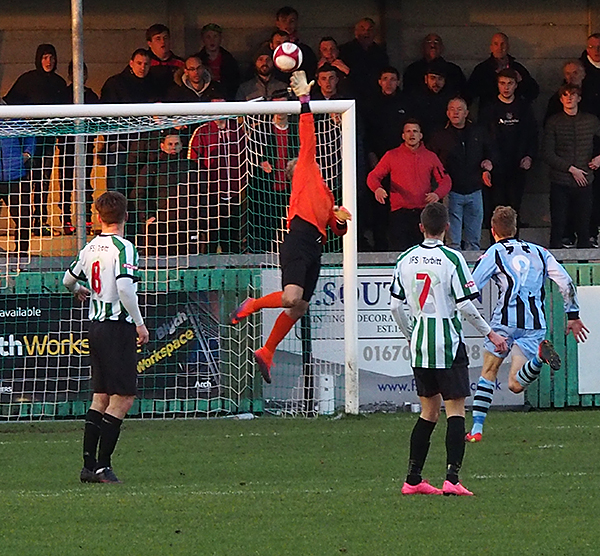 TEAM NEWS
Blyth Spartans face a tricky task this weekend, against one of the form sides in the division – in the shape of Coalville Town. Blyth were victorious in their opening game of 2017 – as they came from behind to beat Workington by a score line of 3-2 – while Coalville haven’t played since Boxing Day, because their game at Rushall Olympic was called off.

Blyth bounced back from their Boxing Day disappointment with a battling victory over Workington. After a poor first half and trailing 1-0, Spartans responded in style – as a Dan Maguire hat-trick sealed the points, in a much improved second half performance.

Coalville will be looking to get back to winning ways themselves – after Barwell left the Mander Cruickshank Solicitors Stadium with all three points last time out, despite a goal from Rory Coleman.

Blyth currently sit in fourth place in the Evo-Stik Premier League – trailing leaders Rushall by five points – but have three games in hand over all of the teams above them. Coalville currently occupy 16th position, with their recent form coinciding with a rise up the table.

The two sides met for the first time ever back on the opening day of this season, when Coalville left Croft Park empty handed – as a brace from Maguire and a header from Sean Reid helped Spartans to a 3-1 win. Massiah McDonald reply for Coalville acted as nothing more than a mere consolation.

Blyth’s new addition Jordan Laidler sits out the final game of his ban carried over from his time with Newton Aycliffe but – other than that – Spartans should have a full squad to choose from.

IN THE OPPOSITION DUGOUT
Tom Brookbanks – An experienced manager, who can list Carlton Town, Hucknall Town, Stamford AFC, Quorn and Loughborough Dynamo as his former clubs.

DANGER MAN
Massiah McDonald – The much-travelled striker is the joint-leading goalscorer for Coalville this season. McDonald also has two full caps for the Montserrat national team, after appearing in World Cup qualifiers against Curacao.