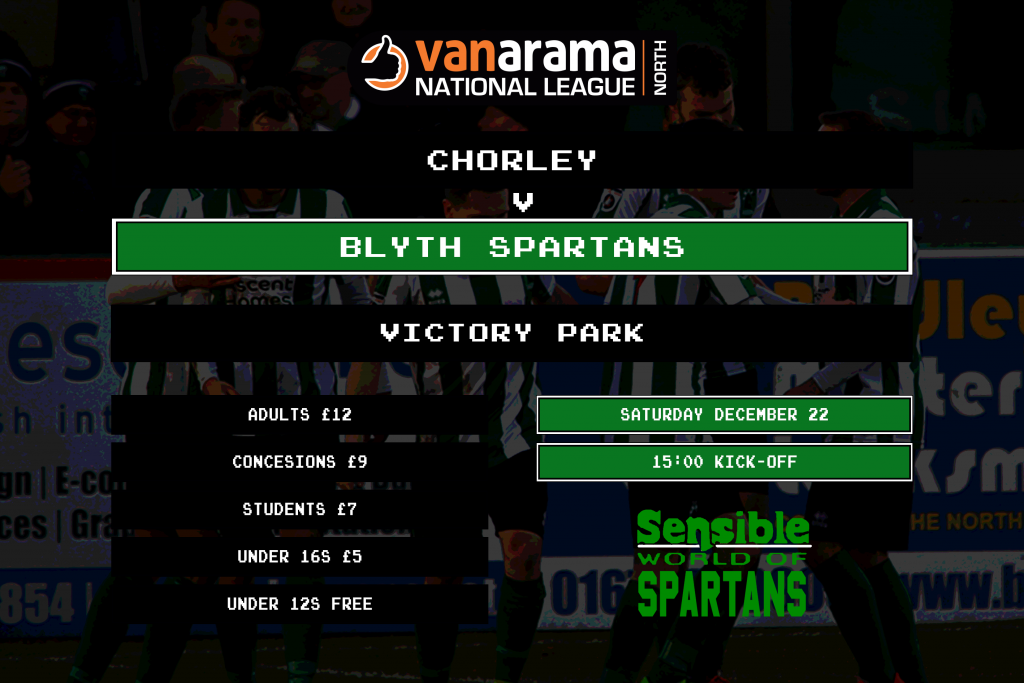 By Stuart Dick
Blyth Spartans are set to take on league leaders Chorley in their first reverse fixture of the 2018/19 Vanarama National League North season on Saturday.

The Opposition:
The Magpies are currently atop the National League North on goal difference from Bradford (Park Avenue) but do hold a game in hand on their nearest rivals.

They have won 11 of their 19 league games to date with five draws and three defeats and have by far the best defence in the league having conceded a mere 15 goals in those games.

After starting the league season with seven wins in a row, Chorley have won just four times in 12 games, recording all five of their draws in that span.

They visited Croft Park in August an came away 2-1 winners thanks to second half goals from Alex Newby and Josh Wilson, before Courtney Meppen-Walter was sent off and Robert Dale converted a penalty.

They’ve won five of the last seven meetings, keeping three clean sheets in those wins. At Victory Park Spartans have won six and lost three – unfortunately for Blyth, that has been the last three matchups.

The Manager:
Jamie Vermiglio’s  association with the Club goes back more than a decade, including three spells as a player, featuring a combined appearance total of over 200. Since retiring in 2014 the former midfielder has been heavily involved with the backroom setup, first as coach, before taking on assistant manager duties a year later, and finally as manager after Matt Jansen’s resignation in June 2018.

The Key Man:
Josh Wilson plays across the midfield or as a forward. A technically gifted footballer who hit double figures for The Magpies during the 2017/18 season (his first for the Club). The cousin of Fleetwood Town boss Joey Barton.

He’s netted five times this campaign in a squad that have shared the goals around, eight players have three goals or more to dat.