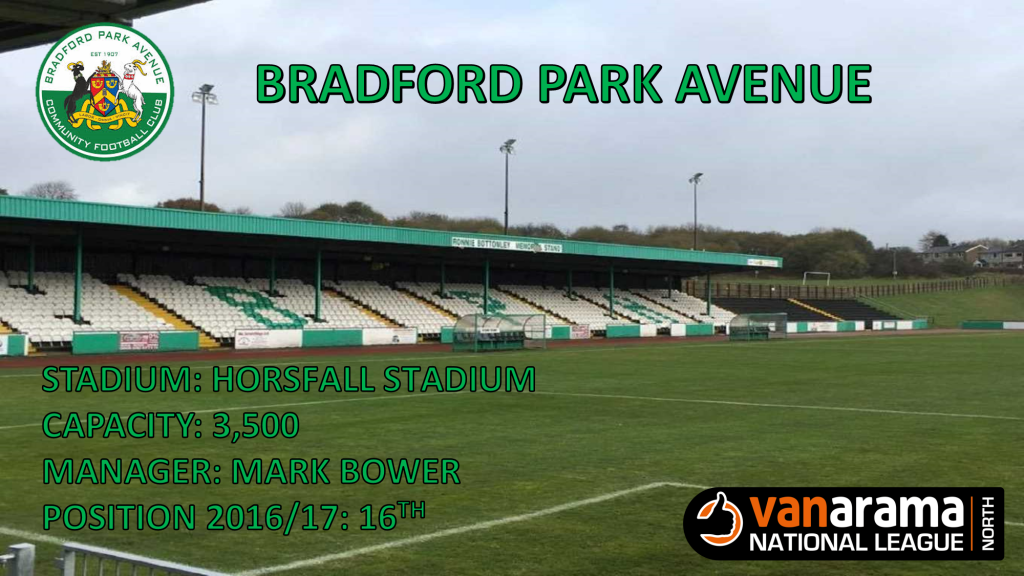 Blyth Spartans head to Bradford to face Park Avenue at the Horsfall Stadium on Saturday with an earlier kick off of 1pm due to floodlight damage.

The Spartans came from behind to take all three points in their first North East derby of the season against Darlington at Croft Park. David Syers had fired the visitors ahead before Blyth responded with goals from Adam Wrightson, Sean Reid and Robbie Dale to seal the win.

Bradford PA meanwhile lost 2-1 to Salford City. Oli Johnson fired Park Avenue ahead from the penalty spot but the visitors responded as Michael Phenix drew them level and then Gus Mafuta fired them ahead.

Mark Bower – Appointed in September 2016, Bower guided the club to safety. As a player, Bower spent the majority of his career at Bradford City before spells at Halifax and Luton amongst others. He was appointed manager of Guiseley in 2013.

Adam Boyes – The prolific frontman is leading the scoring charts for Park Avenue this season following his move in the summer. Previously at Guiseley, Boyes hit 24 goals as he linked up with Mark Bower to take Guiseley into the National League.