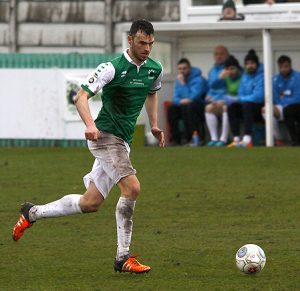 On Tuesday, Spartans welcome Southport to Croft Park looking to get back to winning ways following their defeat to play-off hopefuls Kidderminster Harriers on Saturday.

Blyth were in action on Saturday as they faced Kidderminster Harriers at Croft Park. The hosts knew that a win was crucial in their race for the playoffs. However, it was the Harriers who left with all three points.

Ryan Croasdale and Emmanuel Sonupe put the visitors ahead. And while Sean Reid grabbed his 50th Spartans goal in the 87th minute, it was to be no more than a consolation.

Southport were also in action on Saturday and whilst Blyth were suffering their fifth straight defeat, the Sandgrounders slipped to their third straight loss. Nuneaton took all three points as Daniel Nti scored with a deflected effort in the first half.

Blyth know a win will give their playoff hopes a shot in the arm but know that it is out of their hands with other sides needing to drop points.

Southport will be hoping that three points will ease any lingering doubts over relegation as they currently sit six points ahead of the drop zone.

Kevin Davies – This is his first job in management after taking the reigns of Southport boss in October 2017.

Jason Gilchrist – The striker joined from FC United of Manchester in November 2017 for a club record fee and has certainly hit the ground running as he has netted 13 goals from 14 appearances. As a youngster, he came through the academy at Manchester City.