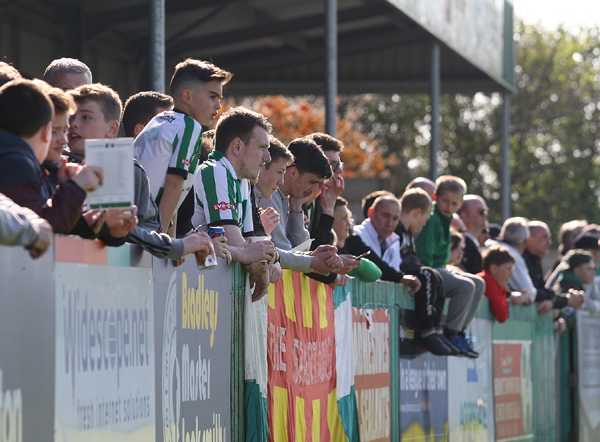 TEAM NEWS
Blyth welcome Whitby Town to Croft Park on Easter Monday looking to add another 3 points to their tally. When the two sides met back on Boxing Day, it was Whitby who emerged victorious with a 2-1 win under their belts.

After playing in front of a band of Mexicans at the weekend, Spartans’ sponsors’ lounge will take on a truly international feel on Easter Monday – as Spartans fans representing Spain, Germany and Canada will enjoy the club’s hospitality for the visit of the Yorkshire-based playoff chasers.

On Saturday, Blyth were held to a 1-1 draw at Ashton United, but Alun Armstrong is still targeting 100 points for the season and home wins against both Whitby and Grantham are needed for Spartans to achieve that goal. Meanwhile, Whitby twice came from behind to draw 2-2 against Warrington Town and extend their unbeaten run to 11 games.

Armstrong will hope to have both Ryan Hutchinson and Nathan Buddle back in defence for the visit of Whitby – after the pair were taken off with knocks during Saturday’s draw at Hurst Cross. Jordan Watson didn’t feature at Ashton, but is expected to also be available for Blyth’s final two Evo-Stik Premier League fixtures.

IN THE AWAY DUGOUT
Chris Hardy – Hardy joined the club from Guisborough Town in December 2015. This season, he has turned the club into serious playoff contenders – as they sit just outside them on goal difference only.

DANGER MAN
Dale Hopson – The recently crowned Evo-Stik Supporters’ Player of the Year is the leading scorer for the Seasiders, with 24 goals in the league this season.