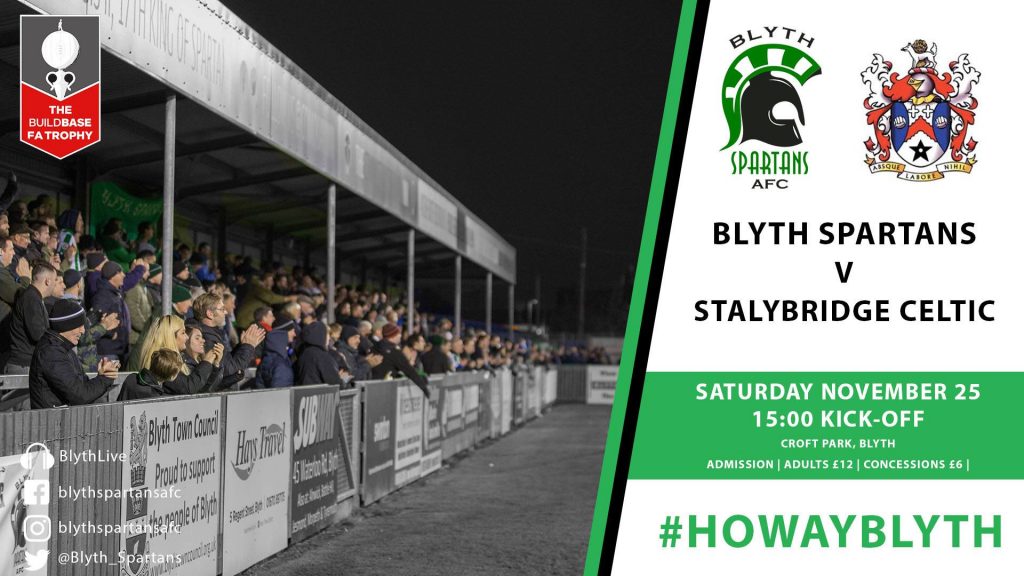 Blyth Spartans turn their focus to the Buildbase FA Trophy on Saturday as they play host to Stalybridge Celtic.

Last weekend, the Spartans travelled to Southport and came away with another valuable three points in their quest to consolidate an automatic promotion place. Michael Liddle put Blyth ahead before Greg Rutherford grabbed his first goal for the club; Sean Reid then added an injury time penalty to secure a 3-0 victory.

Celtic suffered injury time despair on Saturday as Danny Glover scored in added time to give Hednesford Town a 2-1 victory. James Fitzgibbon had fired Town ahead before Oliver Roberts had equalised for Celtic.

In the FA Trophy so far, Celtic have won in a replay against Prescot Cables before dispatching Rushall Olympic in the next round.

Steve Burr – Appointed manager of Kidderminster Harriers in 2010, Burr then moved onto Southport before returning to Stalybridge Celtic. As a player, Burr held the leading scorer record at Macclesfield Town.