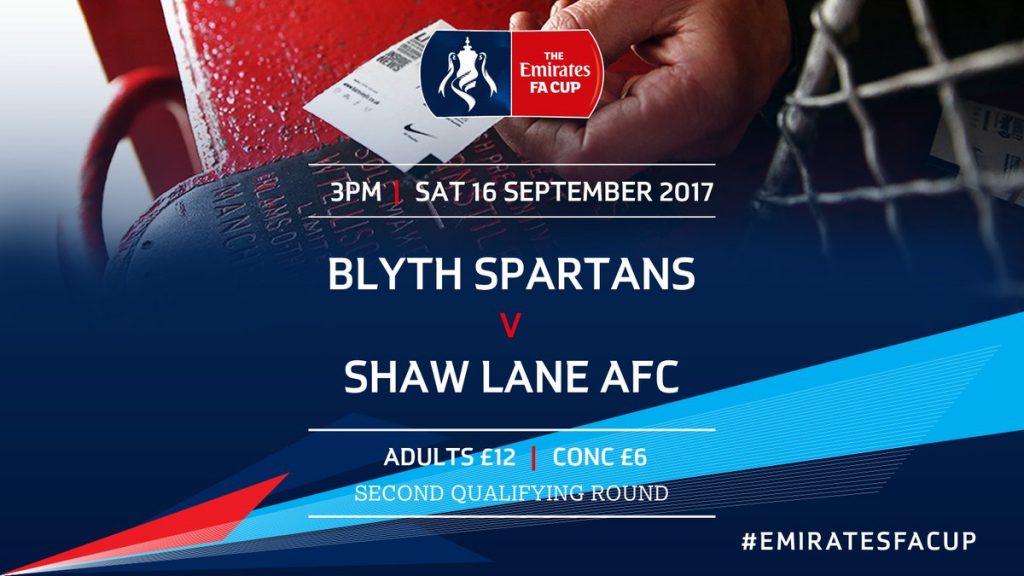 Blyth Spartans enter the FA Cup on Saturday as they play host to Shaw Lane AFC of the Evo-Stik Northern Premier Division.

The Spartans carried on their impressive form on Tuesday evening as they disposed of Chorley. Nathan Buddle headed in his second goal in two games just after the interval and Dan Maguire sealed the points when he slotted home.

Craig Elliott – Appointed as manager of Shaw Lane in February 2014. Initially, there was surprise as Elliott dropped two leagues to take over. However, he has gained successive promotions to take the club in the Evo-Stik Northern Premier Division.