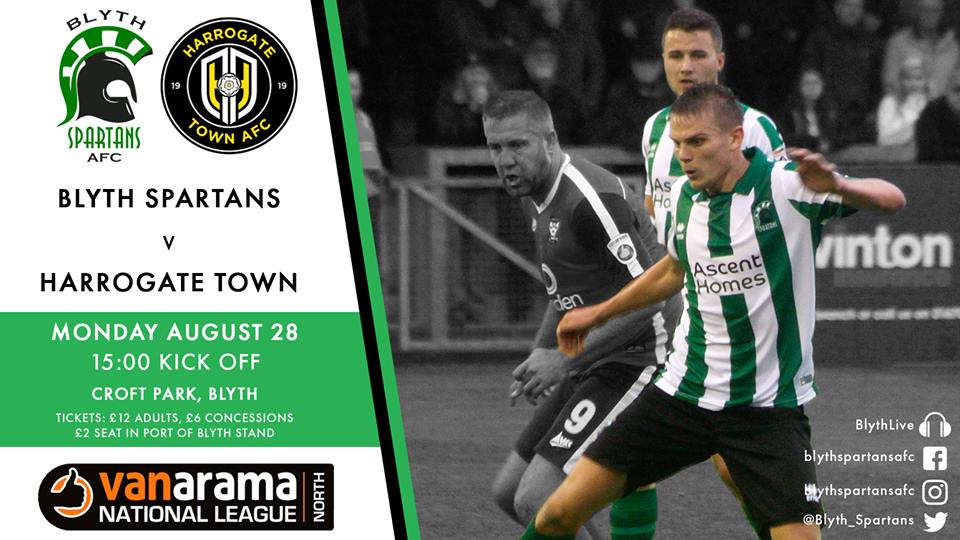 There is a quick turnaround for Blyth Spartans as they welcome the league leaders Harrogate Town to Croft Park on Bank Holiday Monday.

Blyth got back to winning ways on Saturday as they fully deserved their comprehensive 3-0 victory at Curzon Ashton. After a scoreless first half, Spartans took control in the second, an own goal from Matt Regan put them ahead before Dan Maguire fired home and Sean Reid slotted home a penalty.

Our visitors today have started the season in fine form and remain unbeaten. Five victories have been secured from their six games with a single draw coming against Stockport County. On Saturday, Town were victorious over Tamworth. A hat-trick from Simon Aigne gave them all three points.

Simon Aigne – The former defender signed from Bradford Park Avenue in the summer of 2016. He was moved into a forward position quickly and finished top scorer last season with 24 goals.