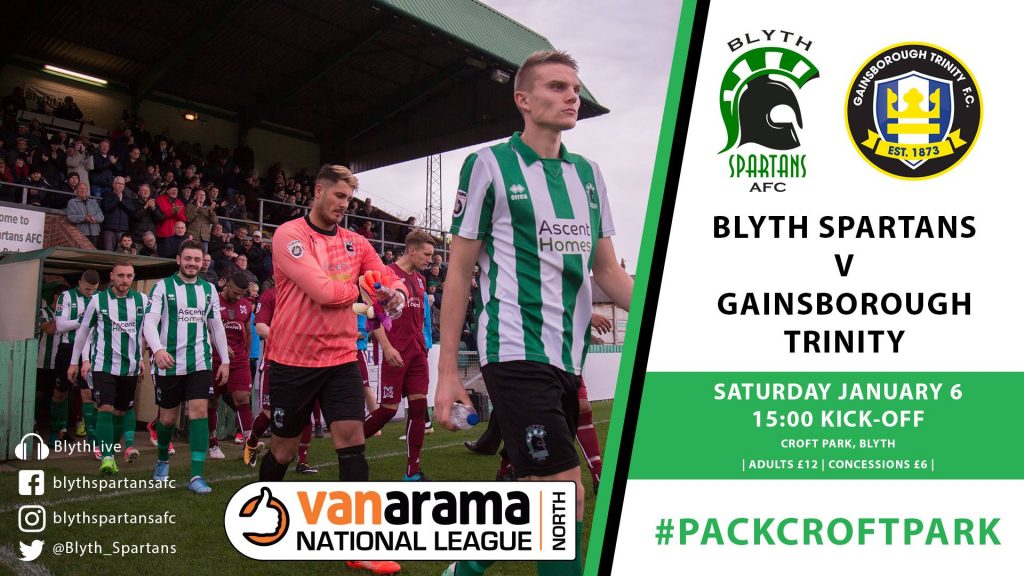 Blyth Spartans will look to bounce to winning ways as they entertain Gainsborough Trinity in their first home game of 2018.

Spartans lost on New Year’s Day as they went down 3-1 at Spennymoor Town. The returning Dale Hopson curled in a beautiful opener as Blyth dominated the opening stages. A deflected strike from Kallum Griffiths brought the Moors level before the break. Rob Ramshaw bobbled home their second two minutes into the second half before Glen Taylor smashed home the third to seal all three points.

Gainsborough who had been due to play Spennymoor Town on Thursday in the Buildbase FA Trophy 1st round saw their game postponed for the 4th occasion. On New Year’s Day, the Holy Blues played host to Boston with the result finishing 1-1. Ashley Worsfold fired the hosts into an early lead but the visitors levelled through Reece Thompson. Nathan Jarman then collected a red card to leave the hosts down to 10 men.

Dave Frecklington – Appointed by the club in February, he successfully guided The Holy Blues to safety on the final day of the season and rewarded with a 2 year contract. He was previously at Spalding United and Lincoln United.

Ashley Worsfold – The striker was the leading scorer for Trinity last season and tops the scoring charts this season as well. Previously at Buxton and Alfreton, Worsfold has an impressive strike rate.