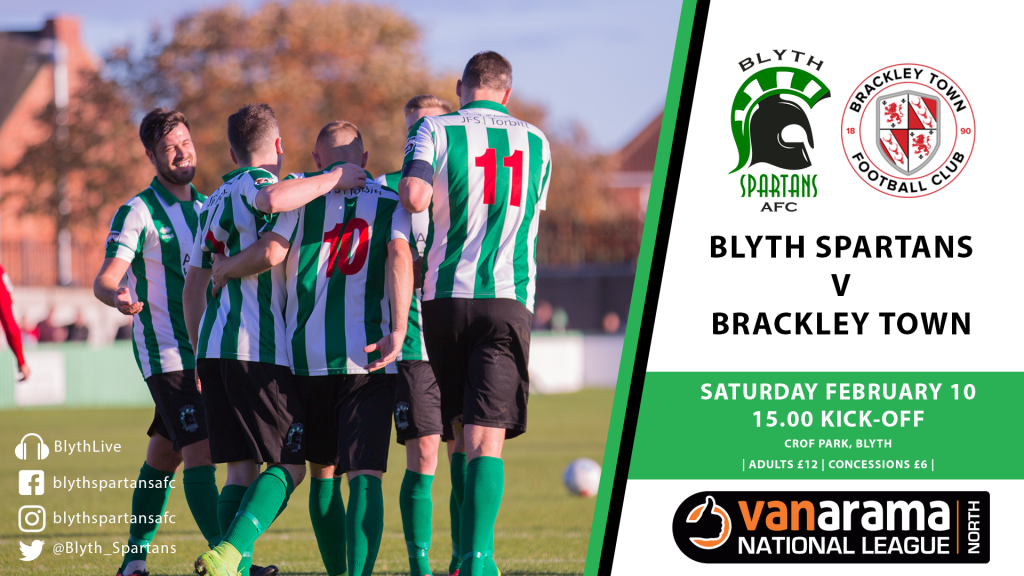 On Saturday, the Spartans welcome Brackley Town as both sides look to close the gap on the teams above them in the playoff positions.

Blyth tasted defeat last time out as they went down 3-0 at Darlington. Steven Thompson fired the Quakers ahead from the penalty spot on the stroke of half time. The lead was doubled just shy of the hour when Reece Styche slid the ball home from close range and David Syers completed the scoring.

The Saints were in action against at home in the FA Trophy 3rd Round against Sutton United. Brackley were impressive throughout and advanced 3-1. Lee Ndlovu poked home for the hosts before Aaron Williams converted a penalty to double the lead. Jimmy Armson then added a third. Tommy Wright grabbed a consolation for Sutton United.

Blyth will be looking to move back into the playoff spots with victory after their dip in form. The Saints meanwhile, will hope that three points can close the gap on Harrogate Town and leaders Salford City.

Kevin Wilkin – Joined Brackley, in September 2015 from Nuneaton Town, where he spent six and a half seasons and a season at Wrexham taking them to the FA Trophy final at Wembley. As a player represented Northampton Town and Rushden & Diamonds.

Shane Byrne – The former Bury and Bray Wanderers player, signed for the Saints in 2016. Shane has been capped with the Republic of Ireland U17 and U19 sides. He also won the Vanarama National League North Player of the Month award for January.