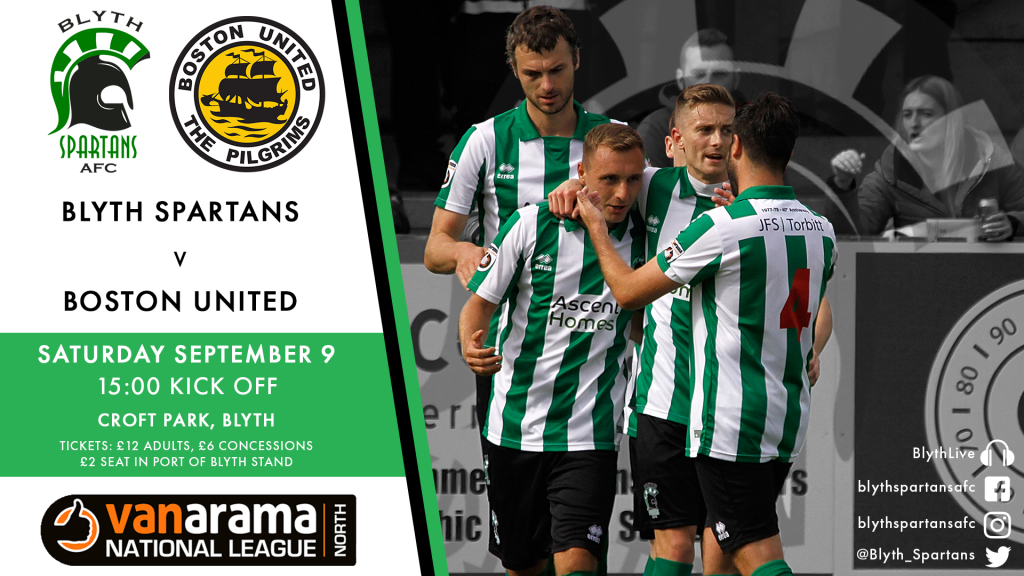 Blyth play host to Boston United on Saturday looking to extend their winning run to 3 games following successive away victories at AFC Telford United and FC United of Manchester.

The Spartans produced a scintillating performance to dispatch FC United on Tuesday evening. Dan Maguire and Sean Reid put Blyth in control before Jason Gilchrist reduced the arrears. However, Maguire grabbed his second of the game to seal the points.

Boston United came from behind to beat near neighbours North Ferriby United on Tuesday evening. Joe Pugh had put North Ferriby ahead before Jay Rollins grabbed a brace to secure the points for the Pilgrims. However, Harry Vince saw red for the Pilgrims after only being on the pitch for 7 minutes.

Adam Murray – As a player Murray starred for Derby County before enjoying spells at other league clubs. He was appointed manager of Boston in December 2016 and guided the club to 15th place.

Kabongo Tshimanga – The striker left MK Dons at the end of last season and joined the Pilgrims. The frontman was previously on loan at Yeovil Town and excelled on loan at Corby Town.