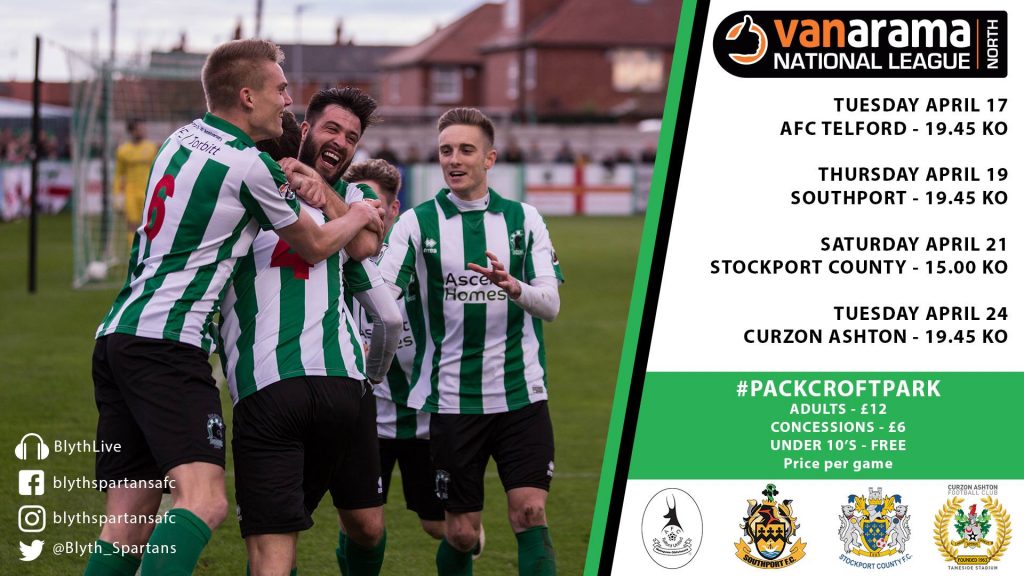 Concessions: £6 (£2 extra for seat in Port of Blyth Stand)

On Tuesday, Blyth will look to end their barren run of six successive defeats when they entertain relegation threatened AFC Telford United.

The Spartans, crashed to defeat on Saturday at Chorley FC. An even first half saw the hosts’ edge ahead when Alex Newby tapped home a cross. The lead was doubled in the second half when Marcus Carver was able to nod home a cross from Newby.

AFC Telford United suffered defeat to Stockport County on Saturday. The Bucks travelled to Edgeley Park but left empty-handed after Darren Stephenson scored the only goal of the game.

This is the beginning of a busy spell for the Spartans with a game on Thursday against Southport, followed by another home game on Saturday against Stockport County.

Rob Edwards – The former Wolves and Blackpool defender was appointed manager of the Bucks in June 2017. Edwards also made 15 appearances for the Welsh national side.

Marcus Dinanga – A familiar face to the Spartans players and fans. Dinanga had a hugely successful season whilst on loan at Matlock last season scoring 34 goals.