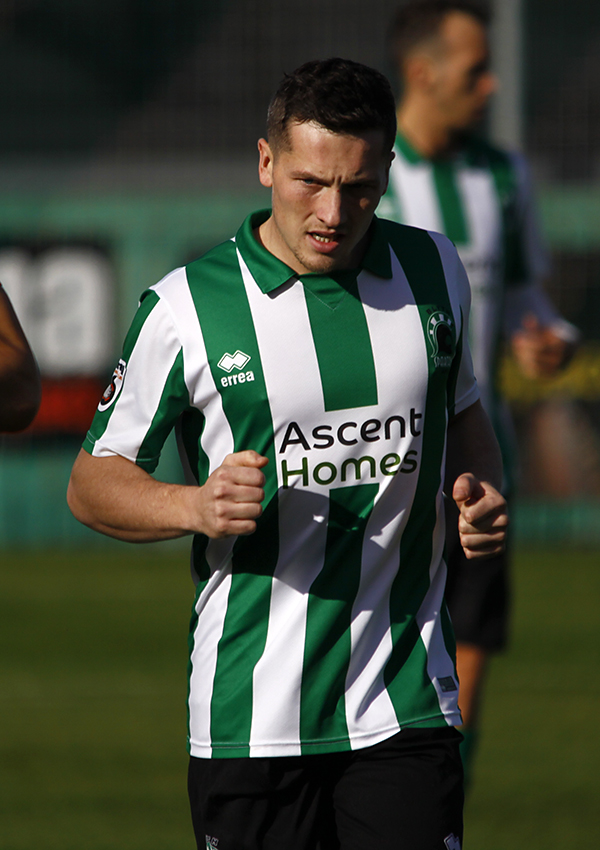 Daniel Maguire is the only Blyth Spartans player to have been called up to the England C squad for the International Challenge Trophy final against Slovakia – despite three of his teammates also impressing during a recent training camp for the Non-League national side.

The striker – along with Ryan Hutchinson, Jarrett Rivers and Andrew Cartwright – took part in a two-day training session at  Lilleshall National Sports and Conferencing Centre in Shropshire, with England C manager Paul Fairclough tasked with whittling down 22 names into a squad of just 16 players for the game in Ziar Nad Hronom on Wednesday November 8.

Depending on the news of the injury that he suffered during the 3-1 reverse at Brackley, Maguire will link up with his England colleagues on Sunday November 5 – one day after Spartans’ trip to Bradford Park Avenue in the Vanarama National League North. ‘Nipa’ will then fly home on the day after the International Challenge Trophy final, meaning he should be fit for selection for the visit of Leamington to Croft Park on Saturday November 11.