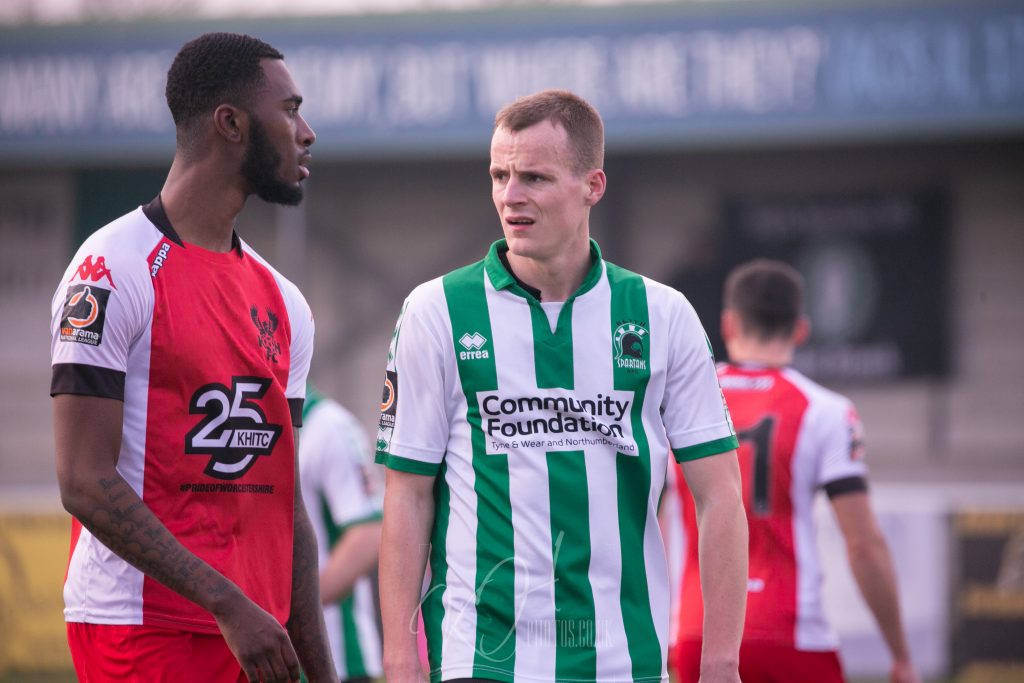 Midfielder Kieran Green was a despondent figure after Blyth Spartans’ 3-1 defeat at the hands of Brackley Town on Saturday afternoon, and issued a rather unusual rally cry to his teammates.

“We need to learn find that middle ground and be boring.”

Spartans have won just one of their last eight fixtures, this coming off a run of 14-games unbeaten.

Blyth were in a commanding position after ten minutes against Brackley, Dan Maguire had given Spartans an early lead up three goals in 12 minutes turned the game on its head.

Alun Armstrong’s side have conceded 56 goals in 32 league games this season, which is the fourth worst record in the division, and since returning the National League North last season, Blyth have conceded 125 goals in 74 games – but Green says the blame lies with the entire squad.

“We need to be more defensively adept,” said Green, “but that is as a team.

“The back four have been our best players the past couple of games.

“We are killing them all over the pitch, we are leaving them with pressure because we do not tuck in and ride a storm when we have to.

“When we are having a bit of a tough time in a game, we need to just tuck in as a team and ride it out, regroup and start building the attacks again.”

At the other end of the field Blyth have thrived since returning to the sixth tier, scoring 128 goals in those 74 games, resulting in unrivalled entertainment for the neutral viewer, but perhaps not the Spartans faithful.

“We can play this game really well, creating chance after chance, but it is always in the back of our minds that there is going to be that point in the game where we switch off.

“We concede daft silly goals and chances week in week out, and as a team we need to correct that and stop being so gung-ho.”