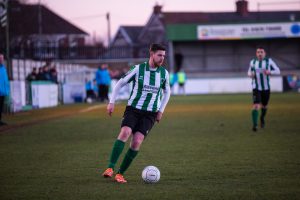 Rutherford arrived in October last year following his release from Berwick Rangers. The 23 year old striker scored 7 goals from his 16 appearances in all competitions.

Armstrong was quick to pay tribute to the striker.

The 42 year old added “Greg came in and scored a few goals for us. Unfortunately, we hit a bad spell and this coincided with a dip in form for Greg.

Armstrong went on further “In order to bring in fresh bodies, some players had to move on and the easiest players to move on were Greg and Dylan; both were on non-contract terms.” 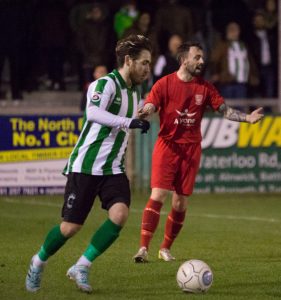 Dylan McGlade has also left the club after to failing to pin down a regular spot in the side. The 22 year old arrived from Longford Town and made 6 appearances for Spartans and grabbed a single goal.

The Blyth manager said “I would have liked to have loaned Dylan out to a Northern League side, but clubs are all in the same situation with their budgets.

He went on to say “I would have liked to have seen him get used to the more physical side of the game that perhaps he hasn’t been used to.”

The club would like to wish Greg and Dylan the best of luck for the future and thank him for all of his efforts for Blyth Spartans.