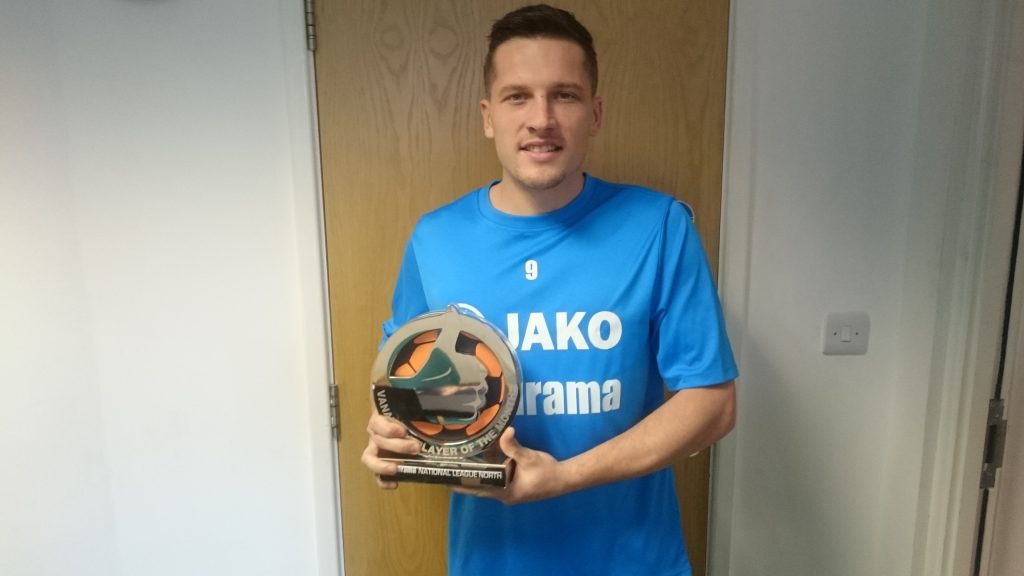 Blyth Spartan’s striker Dan Maguire has been awarded the Vanarama National League North Player of the Month Award for September – thanks to his fantastic form over recent weeks.

The 24-year-old netted seven times in September’s six games – with Spartans picking up 15 out of 18 points.

Maguire’s form earned him a call up to the England ‘C’ Training Camp at Lilleshall alongside fellow Spartans Ryan Hutchinson, Jarrett Rivers and Andrew Cartwright – who was a late addition to the squad.

“I’m delighted to have won the League Player of the Month award, it’s always an honour to receive league recognition,” ‘Nipa’ told BlythSpartans.com.

“I hope to continue scoring regularly and help us maintain our excellent form. The main thing is for Spartans to keep winning and pushing at the top of the table.”

And the former Seaton Delaval striker showed no let up to his form in the first weekend of October, netting twice more in a 6-3 victory over Nuneaton Town.