Once again there was a full house in the Sponsors suite for the home game against playoff rivals Brackley Town.

Regular sponsor Frank Southern had a large party of friends and colleagues. The match ball sponsors were Steve Bromley and Mick Stevens. 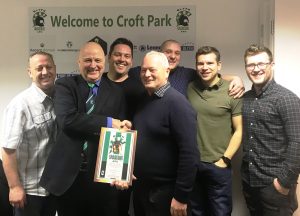 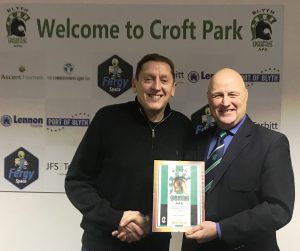 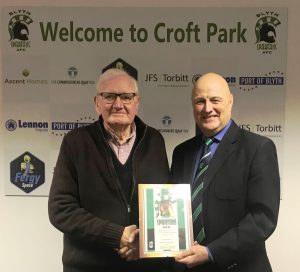 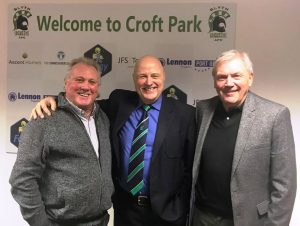 Continuing the 40th anniversary celebrations of Spartans record breaking FA cup run in 1977-78 two former players from the famous team were guest of the club for the game. Full back Ron Guthrie (who played for Newcastle and Sunderland) was reunited with Dave Clark.

Blyth ran out comfortable 3-0 winners against Brackley to end a poor run of results and re-establish their playoff position. Everyone ended the afternoon in a bouyant mood with smiles on their faces.