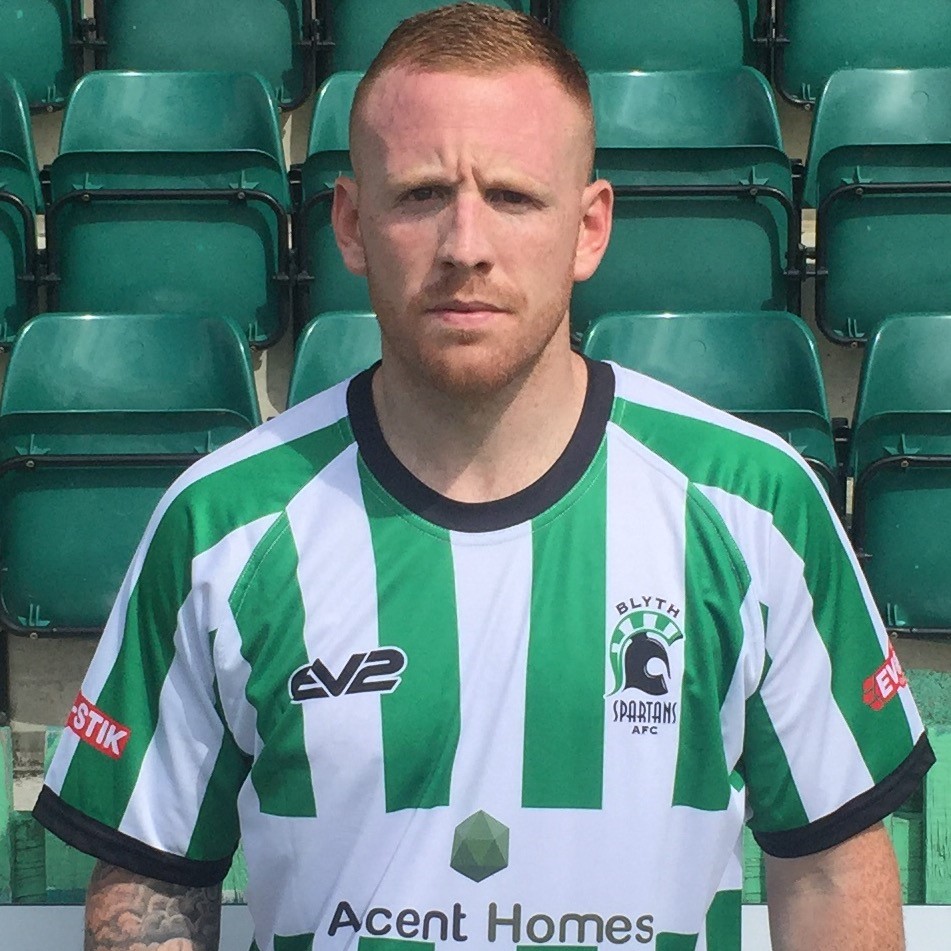 Blyth Spartans are delighted to announce that Matty Pattison has been awarded with the Port of Blyth Player of the Month award for November.

Alun Armstrong’s side continued their winning ways from the month before, with three wins at the start of the month to extend their unbeaten run to nine games in all competitions. While that unbeaten streak came to an end against Shaw Lane AFC in the Doodson Cup, Spartans also progressed into the Buildbase FA Trophy Third Qualifying Round – with a 7-1 win over Goole and then a 4-3 thriller over Halesowen Town – before comprehensively seeing off Bedlington Terriers 11-1 in the Techflow Group Northumberland Senior Cup last eight.

The summer signing added to his early goalscoring exploits with a brace in the 2-0 Evo-Stik Premier League win over Barwell at the start of the month, so it was somewhat surprising for the home support when the South African was listed on the subs’ bench for a crucial cup tie against Halesowen a week later. However, Pattison starred in the second half – as he came on to score two goals for the second time in seven days to turn around a 2-3 defecit and help Spartans progress in the Buildbase FA Trophy.

Not content with goals in the league and Trophy, the former Newcastle United midfielder made another goalscoring appearance as a substitute against Bedlington – as he ruthlessly powered in the eighth goal of Spartans’ Senior Cup onslaught.