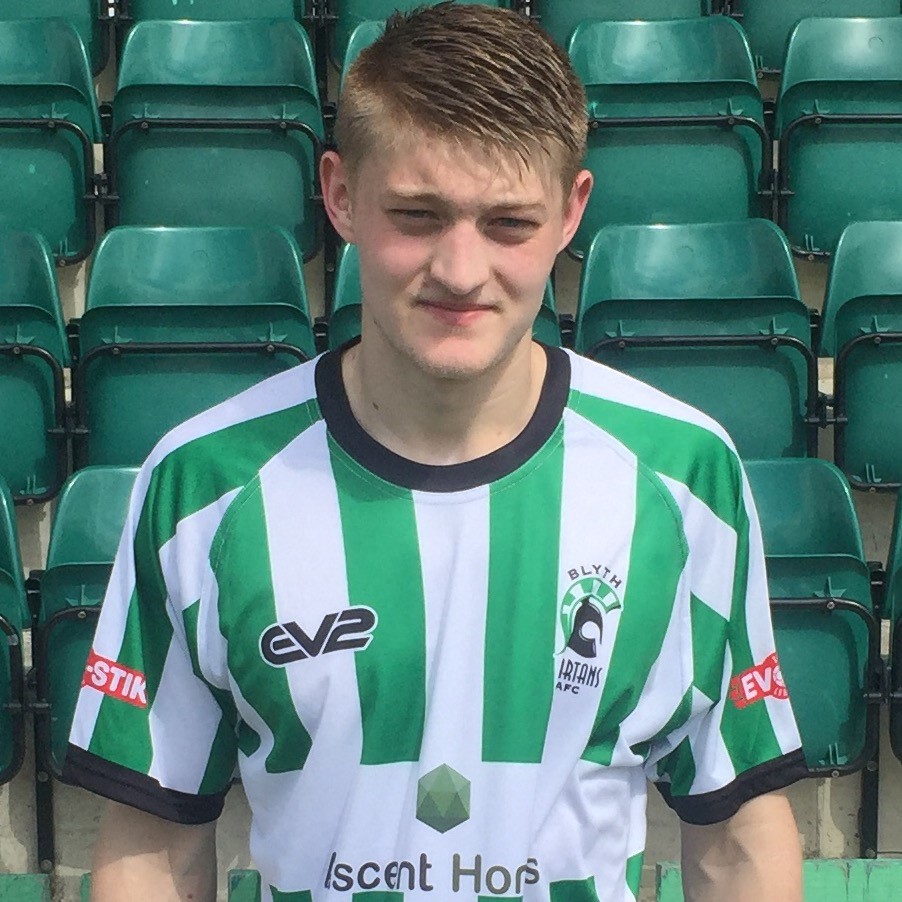 Blyth Spartans are delighted to announce that Luke Armstrong has been awarded with the Port of Blyth Player of the Month award for December.

Spartans started the month with a battling draw against fellow Evo-Stik Premier League promotion hopefuls Buxton, despite playing 50 minutes of the game with ten men. Another stalemate followed in the Buildbase FA Trophy – as Blyth held Altrincham to a 2-2 draw, before succumbing to a 2-3 defeat against the Vanarama National League North side in the replay.

Alun Armstrong’s men put their disappointing cup exit behind them with a 2-0 win over Barwell, but were unfortunate to end 2016 with a 1-2 defeat at Whitby Town on Boxing Day.

Having flourished so far this season under the tutelage of his father, Luke Armstrong has been close a few times to winning the player of the month award. However, after grabbing goals against both Altrincham and Whitby to keep up his fine form, the 20-year-old finally has his hands on the prize.

Armstrong will receive his award prior to Saturday’s game against Nantwich Town at Croft Park.