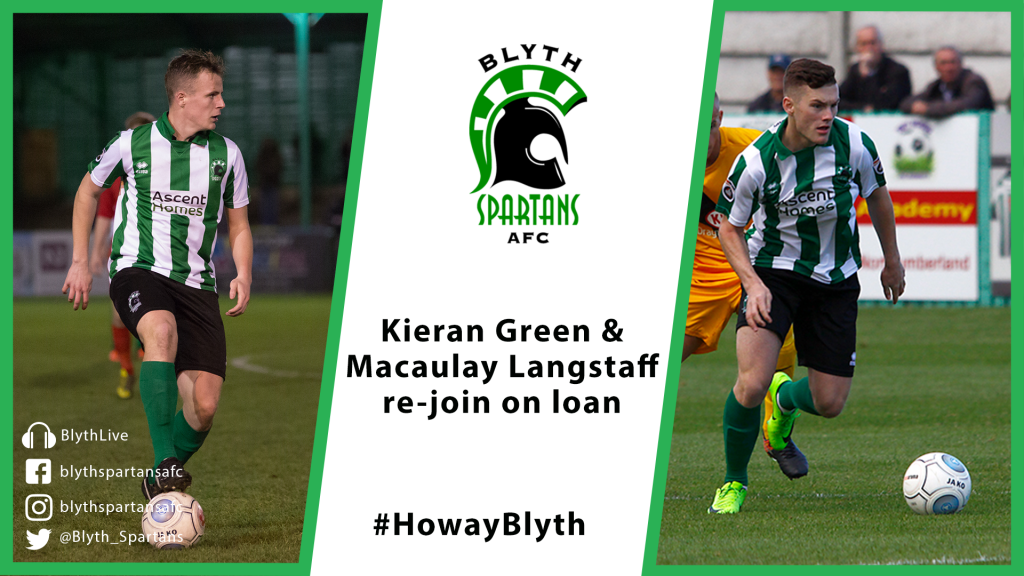 Blyth Spartans have brought in reinforcements ahead of a bust Vanarama National League North schedule with the signing of Gateshead FC duo Kieran Green and Macaulay Langstaff on loan.

20-year-old Green became a fan favourite at Croft Park with his exemplary vision and passing range, scoring once in eight appearances for Spartans. The midfielder joins on a six-week loan.

Meanwhile, 21-year-old Langstaff spent the first month of the season on loan with Blyth – making eight appearances. He joins on a month long loan.

Alun Armstrong was delighted to welcome back two players he knows well.

“I’ve been desperate to get Greeny back ever since he left, he’s a fantastic player and reinforces our midfield. He became a fan favourite in his short spell here.”

“Macaulay will offer us something different as we look to take some of the pressure of ‘Nipa,’ we needed to bring in fresh bodies and I’m ecstatic to bring in two lads I know well.”

The 42-year-old has been busy all week looking to add depth to his squad, and still wants to bring players in – as long as they add the the quality of the squad.

“It’s clear we still need to bring in a centre-half, but I have limited funds to work with. We are competing with a number of teams with large budgets, both in our league and at a more local level here and it has been difficult to find the quality we need at a reasonable price.”

Both players will go straight into contention for Saturday’s game against Brackley Town.