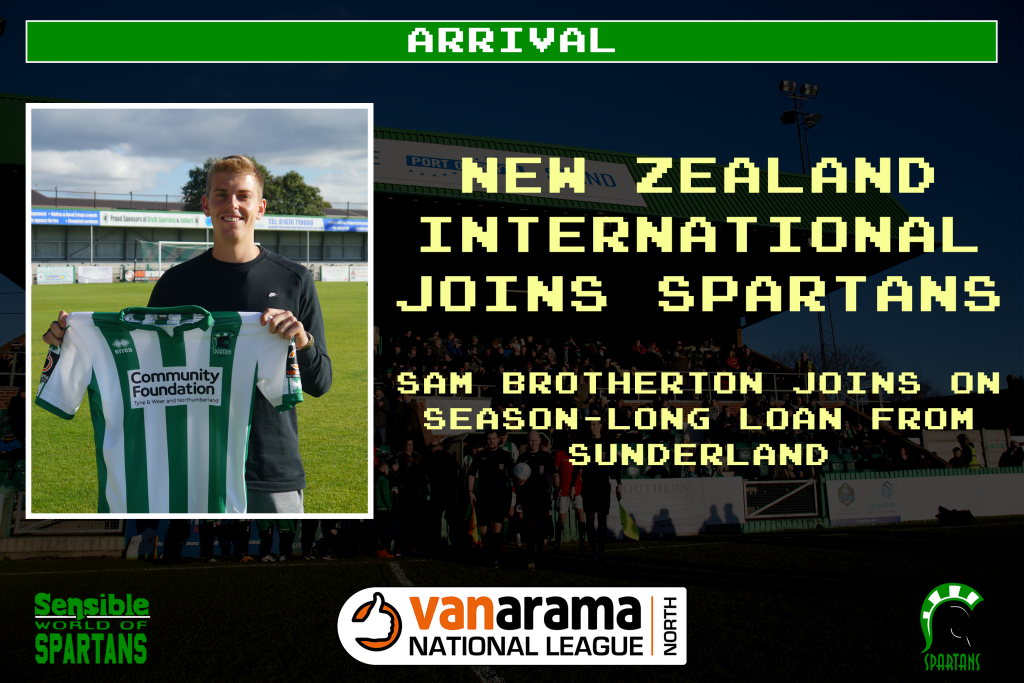 The 21-year-old becomes the second central defender to join the club on loan this week after Aaron Cunningham’s arrival from Hartlepool United on Wednesday.

Beginning his career in his homeland, Brotherton made his professional debut for Wanderers Special Club in 2014, but racked up just 16 appearances as they chose to resign from the ISPS Handa Premiership a year later.

Brotherton’s next step saw him move to the United States of America to study at the University of Wisconsin. He was a regular for the college soccer team before his performances earned him a move to Sunderland in February 2017.

While a move to the Black Cats no doubt ranks high in Brotherton’s list of achievements, the year 2015 is arguably the biggest, and proudest year of his life.

He was selected to represent the All Whites as they hosted the 2015 U20s World Cup, and his goal in the 5-1 win over Myanmar helped the hosts qualify for the last 16 knockout stage.

Following the U20’s 2-1 exit to Portugal, there was no rest for the defender as he travelled to Papua New Guinea – joining the U23s set up to participate in the Pacific Games 2015.

In November 2015, Brotherton marked a wonderful year with his first senior international cap – playing the full 90 minutes as Burnley striker Chris Wood scored in a 1-0 victory over Oman.

In total, Brotherton has been capped 10 times by his country and was in contention to appear at the FIFA World Cup 2018 in Russia, however missed out following a 2-0 aggregate defeat to Peru in the play-offs.

Described as a “leader on the pitch, strong in the air and confident on the ball”, Brotherton is yet to make a first-team appearance for Sunderland.

On signing for Spartans Brotherton told the club’s official website: “I like a battle and a challenge, the fans can expect me to be vocal at the back and look to lead by example.”

When asked what he was particularly looking forward to this season, the Black Cat loanee mentioned one competition specifically.

“It’s the dream of any boy across the world to play in the FA Cup, as a youngster in New Zealand you see it on TV and think I want to be part of that, I’m really excited for the season ahead with Spartans.”