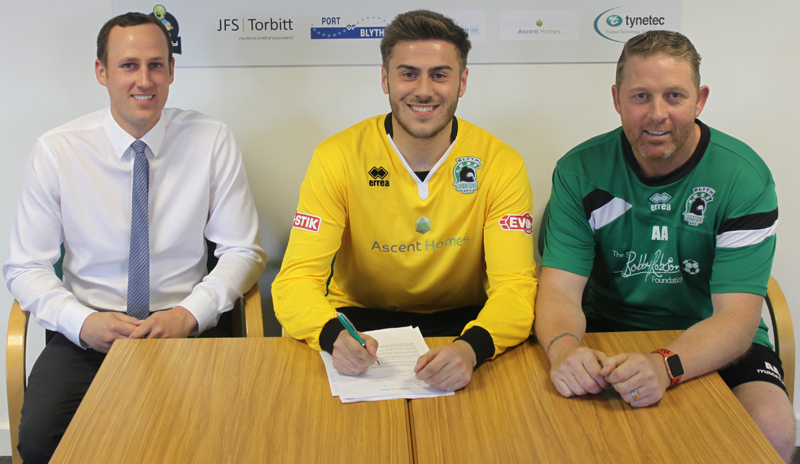 Goalkeeper Shaun MacDonald has made a return to Croft Park to sign for Blyth Spartans.

The 20-year-old stopper originally joined the club on loan from Vanarama National League Premier side Gateshead towards the latter part of last season, but an injury crisis at the International Stadium saw the youngster recalled before he could make his Spartans debut.

However, after being released from the Heed earlier in the summer, MacDonald made his way back to South East Northumberland on trial and has impressed the Blyth management team enough for them to make him their first goalkeeper signing for the season.

A delighted MacDonald was down at Croft Park for training on Thursday night and he is aiming to make the vacant number one spot his own this season – after acting as back up to Newcastle United goalkeeper Paul Woolston last season.

MacDonald revealed: “I’m really happy to be back at Blyth. Obviously, the club is going up and it’s going to be interesting to see what happens this season.

“Coming here, I just want to get as many games in as I can. There was probably more that could have come from last season, but it’s a fresh start and I’m just looking to get games.

“The aim is always to impress and, if ever there’s an opportunity to go out and show what I can do – whether it’s a pre-season game or anything – then I’ll take it with both hands.” 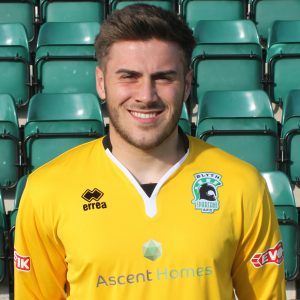 Anticipation levels are rising at Croft Park, ahead of the club’s return to the Vanarama National League North, and MacDonald believes his new side can spring a few surprises next season.

He added: “The quality of opposition is going to be higher than last year, but I think – with the lads here – we’ll do well in this league. We want to have a good positive season and I genuinely think we’ll shock a few people.”

Alun Armstrong didn’t get the chance to see MacDonald in action last season due to him being recalled, but the Blyth boss revealed that he had made a promise to the keeper to give him another chance this summer and he is thrilled that his faith has been repaid.

The 42-year-old said: “He didn’t really get a fair crack of the whip last season, which was disappointing – as we spoke to him when he came in and he knew, once we had assured ourselves promotion, that we’d have a look at him for the final few games.

“Gateshead called him back though and it wasn’t to be. The lad was gutted, because all he did was sit on the bench.

“I promised him that I’d bring him back in pre-season to have a look at him and we’ve done that. We’ve brought other goalkeepers in as well and we could have gone with someone with a bit more experience, but I wanted someone who knew the players and knew the club.

“He came in last year and worked exceptionally hard. He’s done the same since his return and he’s shown a lot of desire about wanting to come here, so I’m delighted that he’s signed.

“I always want players that want to play for Blyth. It’s alright getting players in, but they have to want to be here and that’s the big difference.”