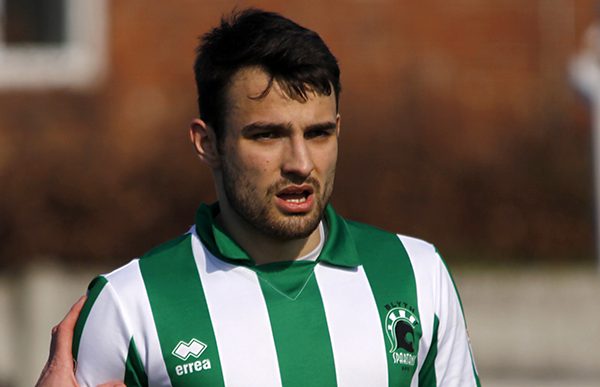 Blyth Spartans are delighted to announce the return of defender David Atkinson for a third spell at the club until the end of the season with an option to extend it further in the summer.

Atkinson first joined Blyth Spartans in December 2016, initially on loan from League Two side Carlisle United before joining permanently in early 2017. He made 23 appearances last term, adding to the 15 he made in his initial spell with the club.

He moved to Iceland for a second spell with IBV Football Club over the summer but has returned to the North East to re-join Blyth for the National League North run.

“I’ve been in constant contact with Acky since he left and I was wanting to sign him back since he cancelled his contract in January but
we never had any funds,” said Alun Armstrong.

“With Fewster wanting to leave that freed up the funds required. We might be short of a CF to sit on the bench but not many people will do what Fewster has done this year, the lad needs games so I didn’t want to stand in his way.”

With only one recognised striker at the club, Armstrong was keen to have a look at the up and coming talent in the Spartans ranks:

“We have young Jack Butler who can do that job now as he’s been doing really well at Ashington.

Atkinson will hopefully strengthen a side that has conceded the fourth most goals in the division as Armstrong looks to balance his side:

“Everyone knows how good of a defender Acky is,” lauded the 44-year-old.

“To be honest he’s  probably one of the best defenders in the league. He did have offers from other clubs but we have a good working relationship and he decided to come back to Blyth with me.

“Defensively we haven’t been great this year, conceding way too many goals and we need to be a lot better, he will help us massively in that
department.

“The big bonus is he can play anywhere along the back line and as a CDM. Having players who can play multiple positions is
something that I need going forward with what I’ll have at my disposal next year.”

Atkinson will be available when his International Clearance comes through.