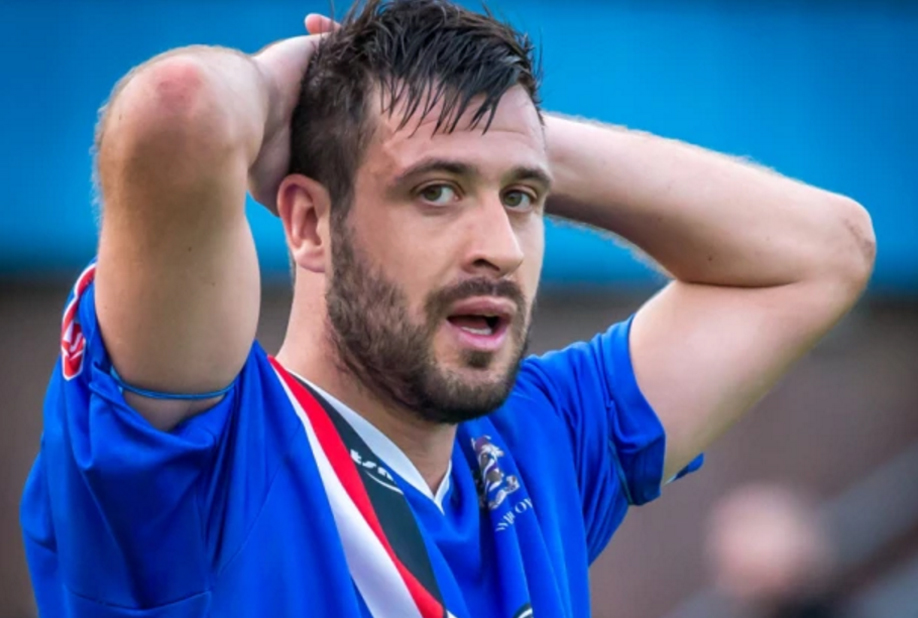 The 32-year-old – who made 435 appearances in four spells at the Turnbull Ground, scoring 48 goals – signed official confirmation following his first training session at the club, despite news of his arrival being broken hours before the deal was completed.

And after featuring alongside Armstrong at Newcastle Blue Star back in 2007, “Macca” had no hesitations in swapping second place for first in the Evo-Stik Premier League once he was made aware of his former teammate’s interest in him.

McTiernan said: “I’m delighted to be joining the club. There’s a great set of lads here and I’m just raring to go.

“Alun was the main reason for me signing. I’ve known Alun a long time – after we played together at Newcastle Blue Star, when I was there for a brief stint.

“I also know him through Middlesbrough from coaching so, when the deal came about, I was glad to get it done quickly.

“Whitby is a great club and I really enjoyed my time there, but I wanted a new challenge and I feel this is the right move for me at this stage of my career.”

Following Stephen Turnbull’s departure from the club for work commitments – for the second season in a row – Armstrong moved quickly to fill the void left in his squad. However, McTiernan was quick to quell any talk of him replacing the departing “Twinny.”

He added: “Stephen is a quality player, there’s no doubting that. We’re not really the same type of player as such, but – as long as I come in and do my best – I’m sure I’ll bring something different to the squad.”

The central midfielder was part of the Whitby side that beat Blyth 2-1 on Boxing Day, but McTiernan revealed that he has not been surprised at Blyth’s run of nine consecutive wins since that result – as he is rarely shocked by anything in the Evo-Stik Premier League.

McTiernan stated: “Nothing really surprises me in this league. I didn’t really see Blyth pulling away as such, but they’ve done brilliantly since the loss at Whitby.

“It was one of those games that could have gone either way on the day, but the lads have obviously taken something from that defeat and just ran with it.”

With a 12-point lead at the top of the table and just over a quarter of the season remaining, Spartans face the very real possibility of returning to the Vanarama National League North for the first time since 2012. Having already played at that level for Harrogate Town earlier in his career, the prospect of promotion greatly excites Armstrong’s latest signing.

McTiernan said: “The chance to get back into the Conference North is another huge factor [in my decision to sign.] The fact that the boys are at the top of the league and everyone is competing for places in the team, it’s going to be hard.

“There’s 15 games still to go, so all of the lads are going to have a part to play. It’s going to be a huge push to get us up there, but it would be great to be able to play at that level again next year.”