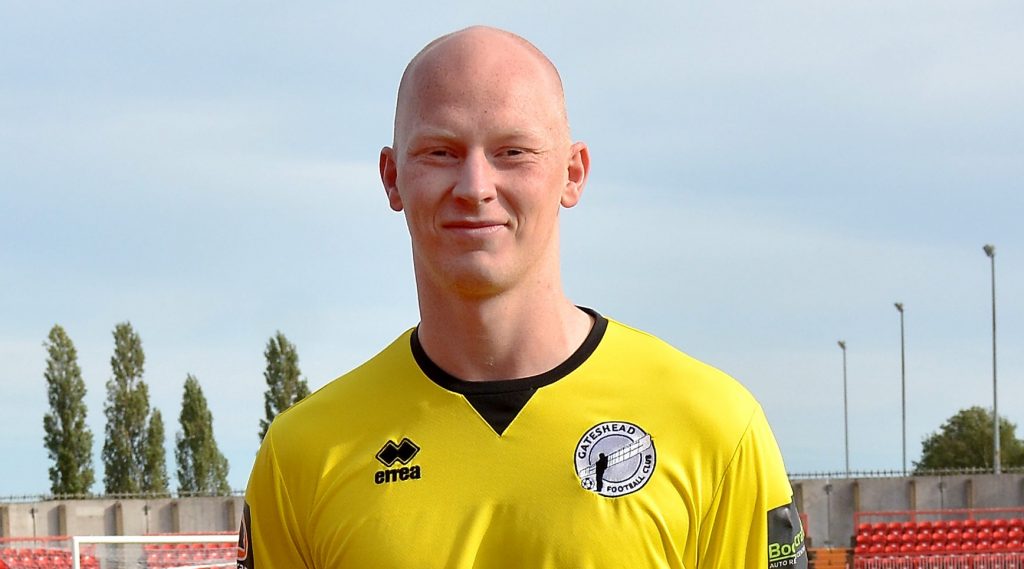 Blyth Spartans can now confirm the addition of goalkeeper Mark Foden from National League side Gateshead on a short-term loan.

With Peter Jameson suspended for one game and Alun Armstrong keen to protect the development of 17-year old Bradley Skirpan, the Spartans’s manager worked tirelessly through the week to secure the services of another goalkeeper.

The 22-year old plied his trade in the Scottish Pyramid after leaving the Hartlepool United academy spending time at Ross County, Sterling and Stenhousemuir before signing for Gateshead on a one-year deal last July.

Foden has made two appearances in the National League for the Tynesiders this season, as well as featuring the numerous league and local cup competitions Gateshead have been involved in.