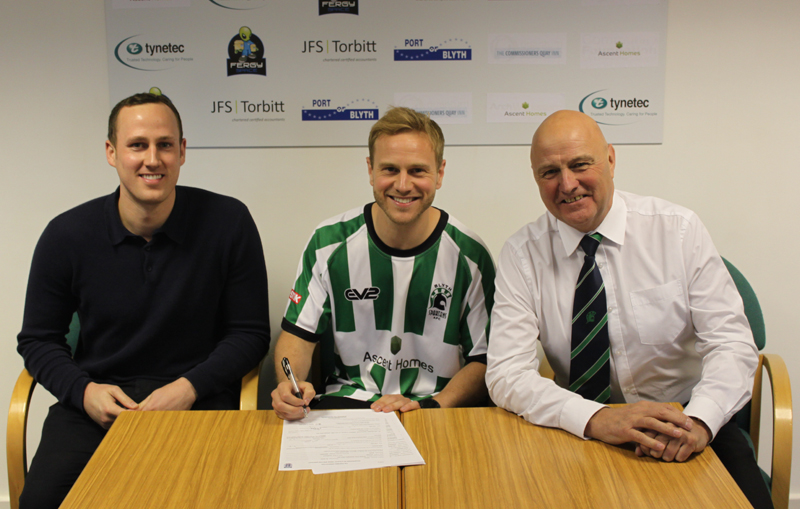 Blyth Spartans have made their first signing of the summer – as defender Ian Watson returns to the club from Spennymoor Town.

“Busted” originally signed for Spartans from Northern League side Whitley Bay back in 2013 and went on to make 44 appearances for the club in his debut season. However, the left-back – who can also play on the wing – left Croft Park in September 2014 to join Darlington 1883.

After two seasons at Evo-Stik Premier League runners-up Spennymoor, Watson has decided to come back to the club and help Blyth both on and off the field ahead of this season’s return to the Vanarama National League North.

And the 31-year-old struggled to contain his delight when he arrived back at Croft Park to sign for the club earlier this week.

When asked how he felt to be back at Blyth, Watson replied: “I’m chuffed, to be honest.

“When I spoke to Neal [Hooks] and the management a few weeks back, when I first got the call, I was delighted. I’m really pleased to be back.

“I was disappointed to leave last time. I went to Darlington – as I just thought it was too good a chance to turn down at the time.

“I never particularly want to leave Blyth or anything like that, it was just that the chance had come along to move to Darlington.

“I always looked for Blyth’s results and to see how they were getting on. As soon as the chance came to come back, I snapped their hands off.

“When I was here [last time], I really enjoyed my football and I just want to get back to that.” 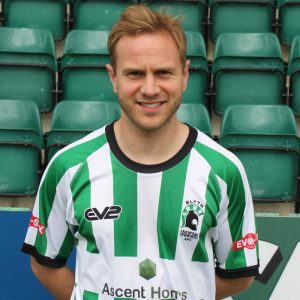 Spartans boss Alun Armstrong is delighted to welcome Watson into his squad for next season, to not only give competition for places but also help the rest of his players boost their fitness for the upcoming campaign.

The 42-year-old added: “For me, he brings a little bit of experience to the side and – after speaking to him about his fitness side – his personal training is something that I think we need to add into the staff as well, to get the lads fitter for when we step up a level next season. So, he’s coming in on both fronts really.

“He’s going to give Michael Liddle some competition at left-back and also help us to get the lads into the best physical condition that we can. That’s because I see Jordan Watson primarily as a centre-back now, so we’ve got the three of them now and I might even have a look at a couple of others in pre-season.

“The way Jordan has played at centre-back means that we can take our time and decide whether we need another one or not. I just needed to make sure we could strengthen at left-back and we’ve done that now.

“Hooksy [Neal Hooks] has seen him play more than I have, but everyone I’ve spoke to has said he’s a really good player and he’ll give Lidds [Liddle] a good run for his money. He’s a really nice person, a really good lad and I’ve never heard a bad word said about him, which is massively important for our dressing room and the way we conduct ourselves.

“The whole package just works for us – as I’m getting a two-for-one with him really. I can’t really complain, because the other side is such a massive bonus and it’s going to help the lads massively.”

Watson also spoke at length about his signing and other Blyth Spartans-related matters for a piece on BSAFCTV, the club’s YouTube channel, which can be viewed below.