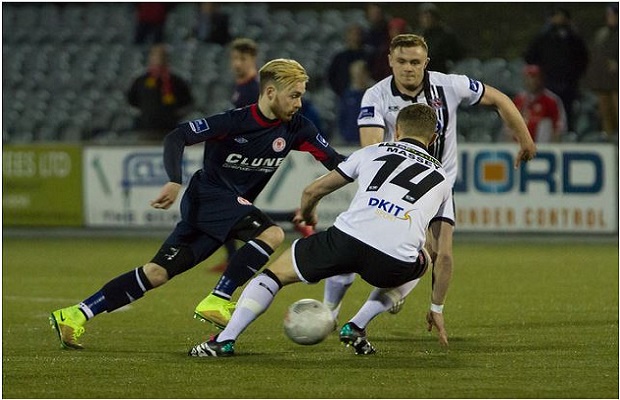 The 22-year-old joins the club from Irish First Division side Longford Town, having spent three seasons in the Irish Leagues.

Originally a product of Middlesbrough’s Youth Academy, McGlade represented his country at U17, U18 and U19 level.

He moved across to Ireland in 2013, initially signing for Shelbourne FC before moving on to Irish Premier League side St Patrick’s Athletic, making five appearances.

The attacking midfielder then joined Longford Town in the winter of 2016, but has now moved to the North East with Alun Armstrong inviting him into the Spartans camp.

The Spartans’ manager spoke highly of his new recruit:

“He’s an extremely talented played, he’s a tricky forward who can play on either the right or the left.

“I’ve been following him since his days in the Middlesbrough Academy, then he moved to Ireland and played a bit in the Irish Premier League.

“He’s now moved back in the area, so I invited him along to training and he’s done well.”

But the 42-year-old warned the Spartans faithful that McGlade may take time to settle in the squad.

“He’s definitely one I’ve brought in with an eye on the future, he needs to play some games and adjust to the speed of the game over here.

“But he has a lot of potential, and I look forward to seeing him develop at Croft Park.”