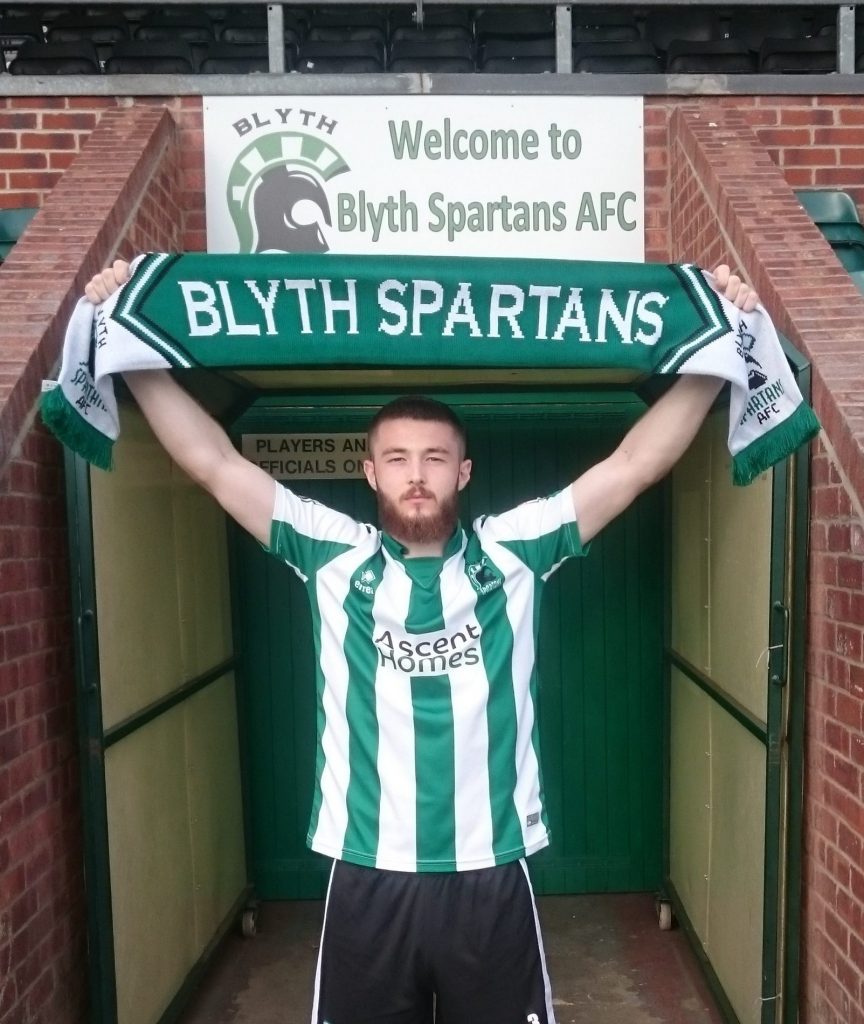 The 22-year-old is Alun Armstrong’s fourth summer signing, and has already shown a killer instinct in pre-season by notching braces against both Blyth Spartans Reserves and Dunston UTS – also creating goals for his team-mates.

Fewster is a former England U19 International, coming through the Middlesbrough Academy in the same age group as former Spartan Luke Armstrong, and that’s where he got to know the Blyth boss.

“I’ve known Alun since I was about 13, I played in the same side as Luke and him and my dad were often chatting on the sidelines, and myself and Luke built up a strong partnership on the pitch.”

And the 43-year-old former Middlesbrough and Ipswich Town striker has been a huge influence on Fewster’s decision to sign for Blyth Spartans.

“He’s a massive influence, he wanted me to sign last season but I decided to stay closer to home. It says a lot about Alun that when I rang him this season he was exactly the same – he didn’t hold a grudge about me not signing last year and that’s a testament to the man he is.

“With him being a prolific top level striker I’m hoping he can help me become even better, help me add things to my game and produce for the this famous club.”

The Spartans’ boss was delighted with his new addition, and expects big things from his new centre-forward.

“One thing I know about Bradley is that he is a goalscorer, he has the ability to score goals at any level, and he’ll score for Blyth, we create so many chances that he’ll get – and take – opportunities this season.

“He’s a proper striker, he plays within the 18-yard box and getting in between defenders. We didn’t have anyone to replace Dan Maguire when he got injured last season, so it was important to bring in an out and out striker this summer.”

During his time with Middlesbrough Fewster had loan spells at Preston North End, York City and Hartlepool United. He scored eight times at then League Two York City, scoring on his debut for the club against Accrington Stanley.

At International level Fewster scored 12 goals in 18 games between U16 and U19 levels, scoring a hat-trick against Belgium U18 in a side that included Tottenham Hotspur’s Harry Winks and Leicester City’s Demarai Gray.

But the 22-year-old is adamant he has more to his game then just goals.

“I’ve got more to my game then just goals. Although it’s obviously my job to score, I’ve shown so far in pre-season I can create chances for others.”

“I’m still young, and I’m still learning and trying to add new things to my game. I want to win and I’ll do everything I can to help my side win.”