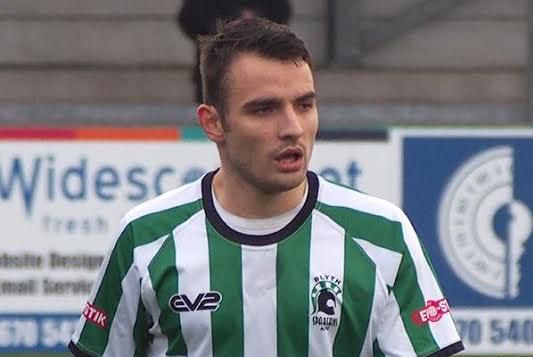 Blyth Spartans are delighted to announce the return of defender David Atkinson after a spell with Icelandic side IBV Vestmannaeyjar.

The 24-year-old left Croft Park in the summer to move into full-time football, but has now returned to the North East.

And Spartans manager Alun Armstrong is ecstatic to welcome the defender back to his squad:
“I’m over the moon we’ve been able to bring David back to the club,

“He had some big offers from some big non-league side across the North, so I’m delighted he’s chosen to return to Croft Park.

The 42-year-old added: “This will be a massive boost for the squad, David has the ability to play in the Football League”

“If it wasn’t for the unfortunate injuries he’s suffered, I’d have no doubt he’d be playing a few steps higher in the pyramid, that’s the calibre of player we have here.”

Atkinson, has the ability to play a number of positions across the back four and midfield, but will have to wait for International Clearance before he can be involved for Spartans.